Today was a sunny day, with highs near 70. Clouds rolled in this afternoon. It spent the entire day around the Sea of Galilee. It was a day of focusing upon the life and ministry of Jesus.

We departed from our hotel this morning at 7:20. We read from Matthew 13 on our way to the cliffs of Arbel. 20 in the group hiked up the trail, while others bussed around to the western side and walked to the top of this 800 foot cliff. While Arbel isn’t specifically mentioned in the Gospels, some suggest that this mountain may be the Mount of Transfiguration (Mt. 17) while others suggest it was there high mountain where Jesus met His disciples after the resurrection (Mt. 28).

Driving to the southern end of the lake from here, 12 reaffirmed their faith as a disciple of Christ in the chilly waters of the Jordan River. The place of baptism here is called Yardenit. It was a special time for all.

Nearby is one of there oldest Jewish cemeteries in the Galilee. It is called the Kinneret Cemetery. Many early Jewish pioneers to the land of Israel are buried here. This includes an Ukrainian Jewish woman named Rachel Bluwstein. She died at the age of 41 in 1931. She is known today for her poems. She now appears on the new 20 shekel bill. Her, Shlomo also shared a little about kibbutz life.

“The life and ministry of Jesus came to life today here in the area of the Sea of Galilee! There were so many connections made with Jesus today. My favorite place was Capernaum where we heard many of the events involving Jesus that took place here. What an incredible day!”  -Tour Member- 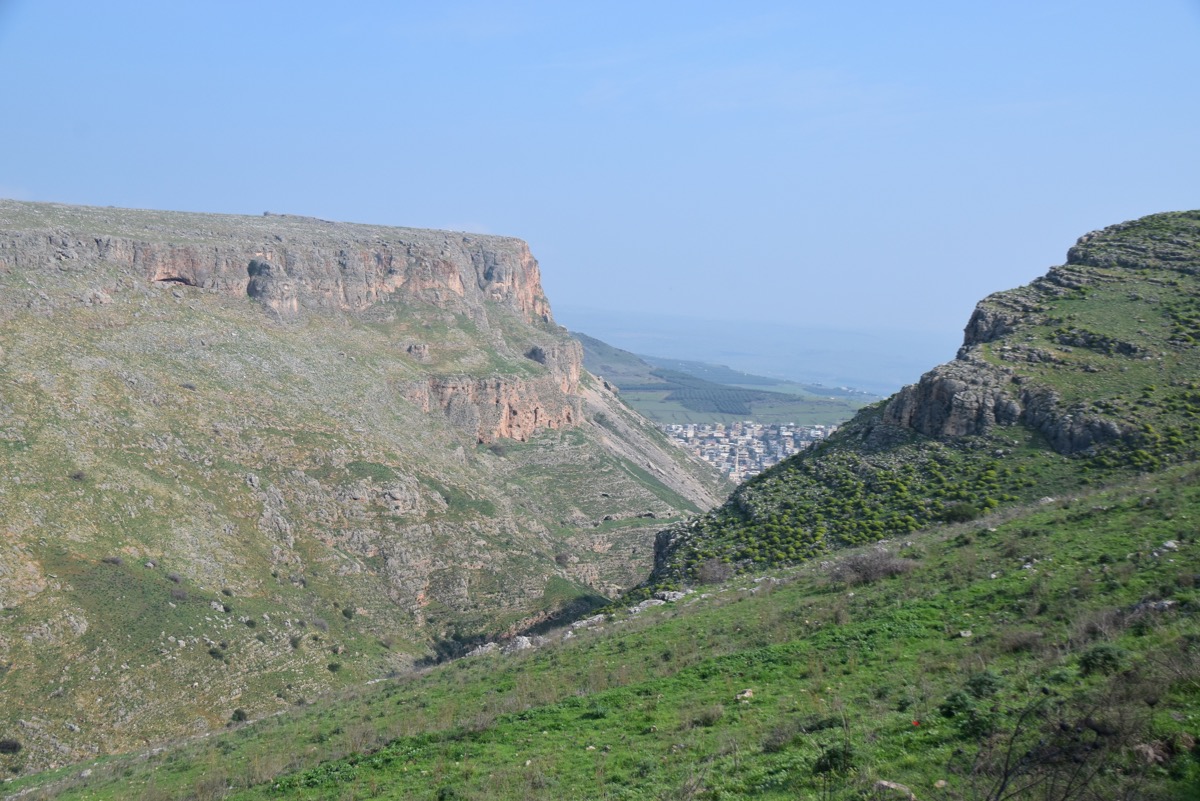 Following a wonderful St. Peter’s fish lunch, we visited Magdala. This was the city where Mary Magdalene was from (see Luke 8:2). A relatively new discovery was a 1st century synagogue. This is only one of about seven synagogues found that date to the time of Jesus. Jesus sailed into the port of Magdala following the Feeding of the 4,000 (Mt. 15). He no doubt taught about the kingdom here was well! We also saw a few ritual baths (mikveh) here. These are unique in all of Israel in that they were fed by a water pipe from the lake.

Next, we drove to the NW corner of the lake to Capernaum (Kefar Nahum). This city served as Jesus’ home-base for His Galilean ministry. Within the 5th century synagogue (built no doubt over the 1st century one), we read from Mark 1, 2 and 9; Luke 7; and John 6. Once again, Jesus displayed His s’mekah (authority) here through His teaching and healing miracles. We also saw what is left of a 5th century Byzantine church built traditionally around the supposed house of Peter.

Located on the hillside above Capernaum is the traditional site of the Mt. of Beatitudes. However, we listened to the reading of Matthew 5 in both Hebrew and English from below the hill near the water’s edge. Some suggest that the natural theater setting would certainly make this a possible location where Jesus preached the Sermon on the Mount to thousands! The kingdom message of Jesus was His go-to message shared everywhere (see Luke 6). Jesus was inviting people to allow the reign & rule of God to transform them. Jesus invites us today to submit to His reign and rule so that we can be the salt of the earth and light of the world.

We ended the day at Nof Ginnosar where in 1986 a 1st century small wooden fishing boat was found. We also sailed from here on the waters of the Sea of Galilee to Tiberias. We read from Mark 4 and Mathew 14, the two storm narratives. We also shared in a brief time of worship together.

Landing in Tiberias, David picked us up and drove us to our hotel for dinner. It was a great day walking in the footsteps of Jesus! 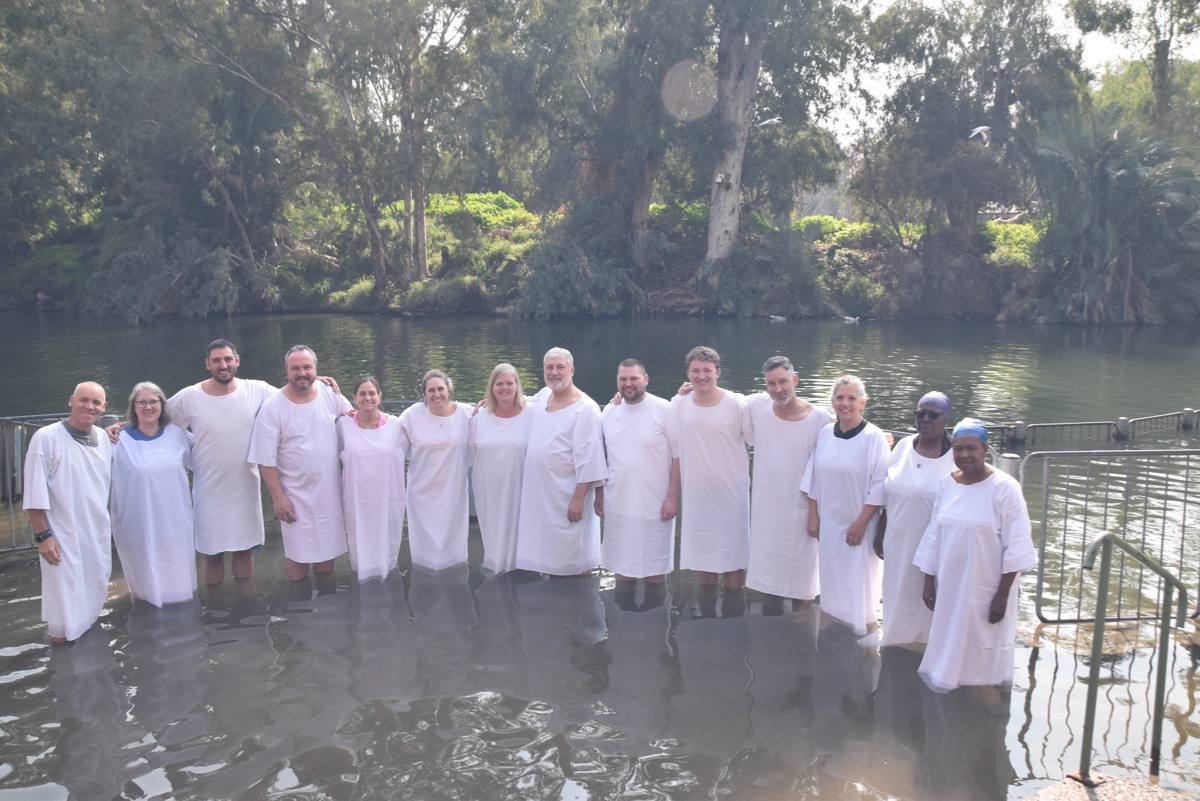 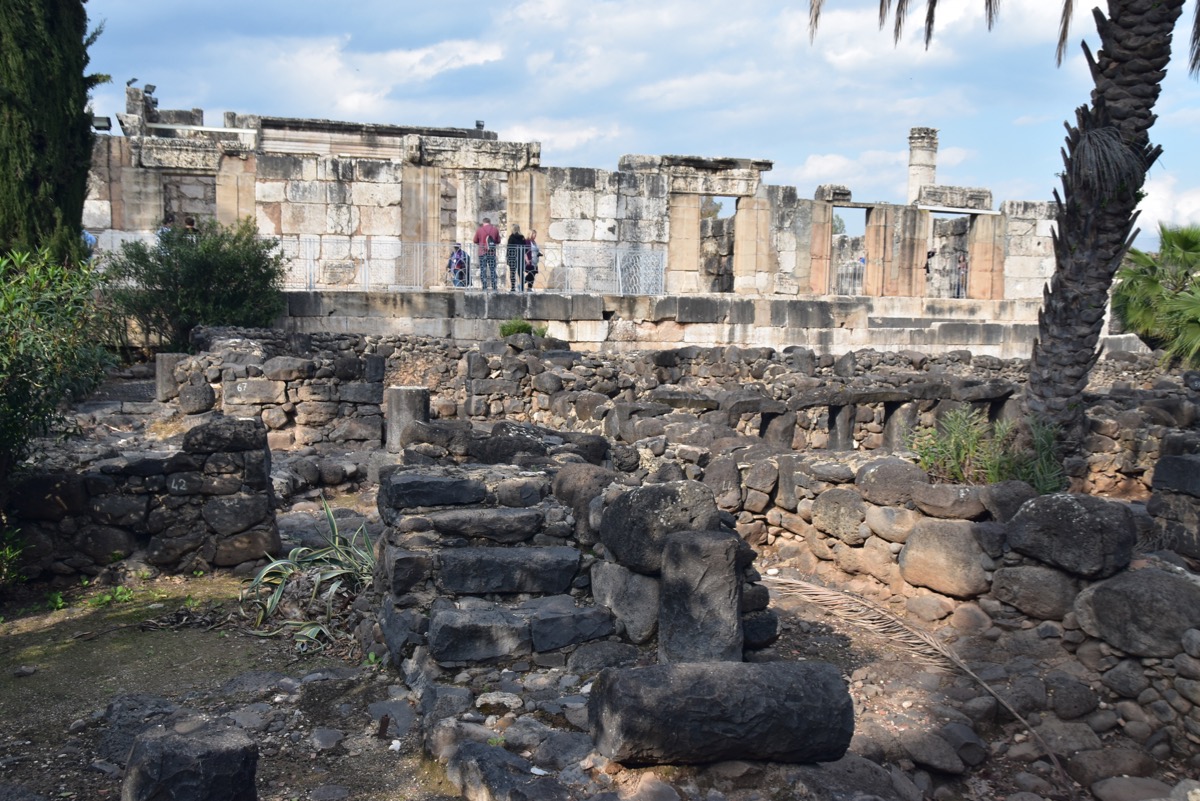 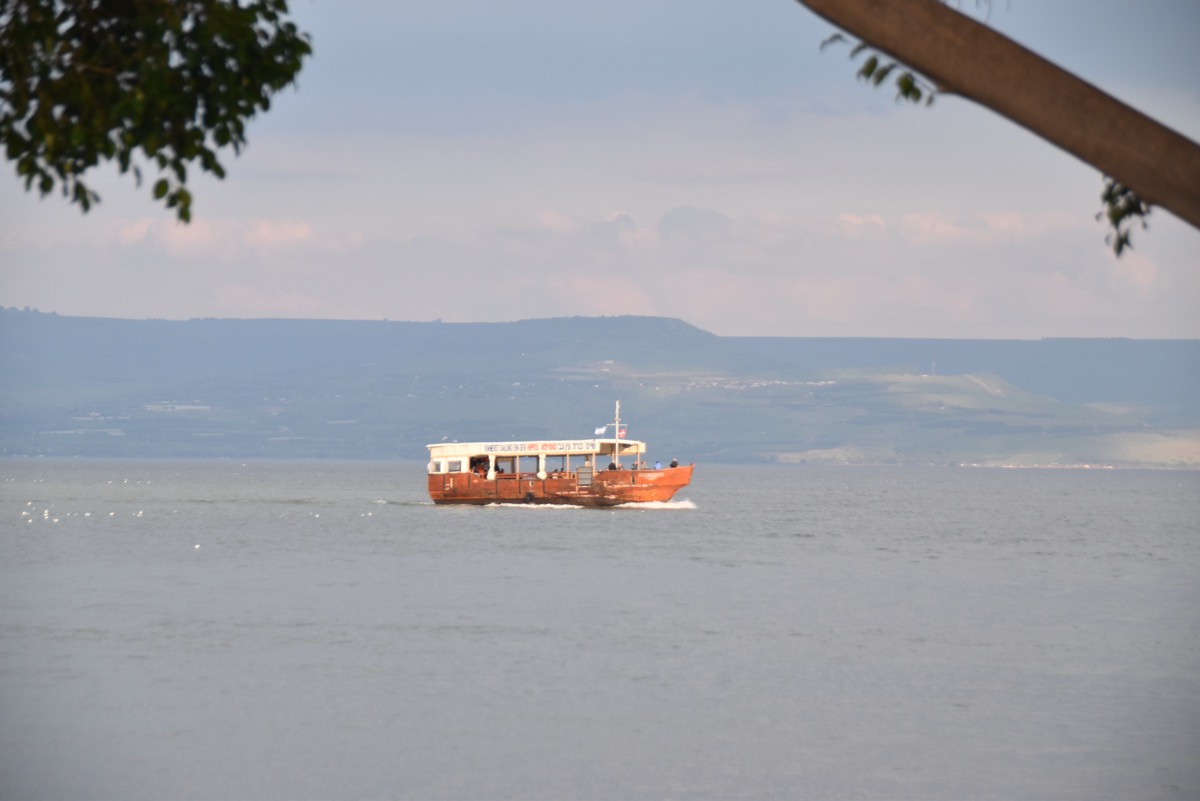