As the Mountains Surround Jerusalem

Most of the time the authors of Scripture, particularly the Old Testament ones just assumed that their eventual readers of their texts knew the geography of the land.  Just as the writers of the ancient text were familiar with things like the topography of regions, the locations of hills and valleys, and distances between cities, so were their readers.  This is one reason why information in the text about the land and culture of the Bible was almost said in passing because of everyone’s familiarity with the context already. 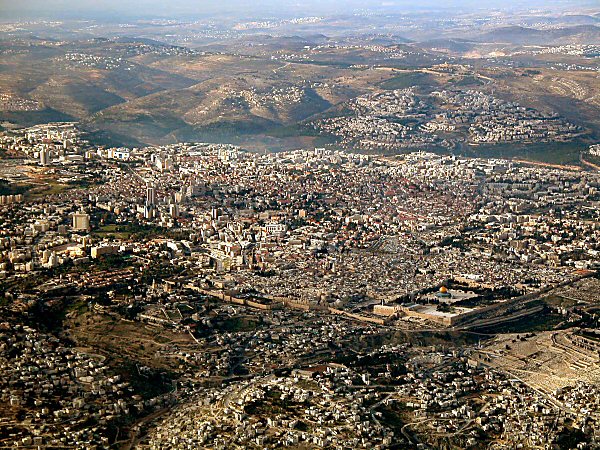 It’s a different story for most western readers of the Bible.  Reading the Bible without even a remote understanding of the land, geography, and topography of the setting of the Bible will result in a limited appreciation for the meaning of a text.  In other words, without any knowledge of the land and context of the ancient text, so much can be lost in understanding the passage in the fullest measure.

One example from Scripture exemplifies this reality.  It is one of my own favorite verses in all of Scripture, mainly because of the hundred’s of times over the course of the last 30 years where I can see and appreciate the topology or setting of this verse unfold before my eyes.  The verse is Psalm 125:2.  It reads,  “As the mountains surround Jerusalem, so the Lord surrounds His people both now and forevermore.”

While standing on the Mt. of Olives, you can understand what the psalmist precisely meant with this almost passing reference to Jerusalem “being surrounded by mountains.”  Trust me when I say that the hundred’s of people who have traveled with me on Israel trips most likely could not appreciate the meaning of the text without knowing what the psalmist assumed his own readers knew.  But to be sure, travelers who look down to the ancient city of Jerusalem from the vantage point of the Mt. of Olives will never read Psalm 125:2 the same way once they literally “see the verse” unfold before their eyes!

Quite literally, the ancient City of David known as Jerusalem, as well as the entire Temple Mount of Solomon, lies hundreds of feet lower in elevation than the eastern range known as Olivet.  The northern hills also provide a vantage point that looks down to Old City as well.  To the west, the area known today as Mt. Zion, this area, too, is higher than the city captured by David from the Jebusites.  Even the hill to the south, on the southern side of the Hinnom Valley where it raps around from the west to join the Kidron Valley, is several hundred feet higher than even the walls of Jerusalem below.