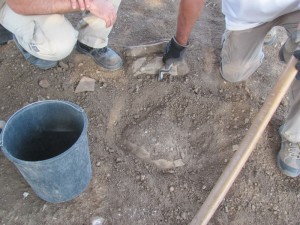 This sunny low 90 degree day, with a wonderful breeze towards the end of the morning blowing in from Lebanon to our west, was a rewarding one.   Being once again greeted by about a dozen cows grazing on top of the tel and about 50 yards from our Area O, we were in our “square” with pick axes and tarea’s (Israeli shovels) in hand by 5:30.  Our goal once again was to dog downward, hoping to expose some kind of structure or architecture.  With all the pottery reading Late Bronze/Canaanite (1550 – 1200 BC) and “Iron Age 1” (1200-1000 BC), any wall we would un-earth would date to that time period (pottery is what is used to date).

After a few six inches passes downward, we finally came across a wall of some kind.  The 2 other squares in our area already came down to a level with some wall structure seemed likely, but until now, our square not.  So it was a nice reward to finally come down to the top of some wall that dates probably to the Late Bronze period.

Digging even deeper throughout the morning, we confirmed that the stones on top were simply not “floating,” (only dirt underneath) but had significant stones below the ones popping up now on the surface.  While it does not appear to be a massive city fortification wall that surrounded the city (a square closer to the edge of the tel may be opened next year to find it), this is probably a house structure of some kind.  It also appears that we also found the “door” (opening) to the house. 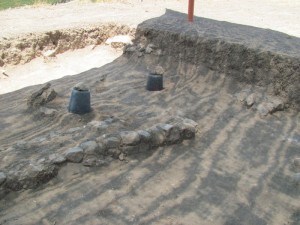 Of course we all found bucket-fills of pottery as well, all of it once again from biblical time periods.  The more we find, the more we wash though.  In our square, Tom uncovered a very nice almost-intact storage jar.  It was found right-side-up, so who knows if anything is in it.  It will be analyzed once it is extracted from the square. Ironically, after we wash and sort pottery, the majority of what we find is discarded back at the tel.  While every piece is recorded in some many (even if by the number of potshards found), only significant pieces as determined by the archaeologists are kept.

In Area F the big find today was an iron dagger (it may have been bronze?) that was found “in situ” (found in place next to a wall).  This would have been used as a weapon in biblical days.

For the official Abel Beit Maacah update from the site Director, go to: https://www.facebook.com/AbelBethMaacah 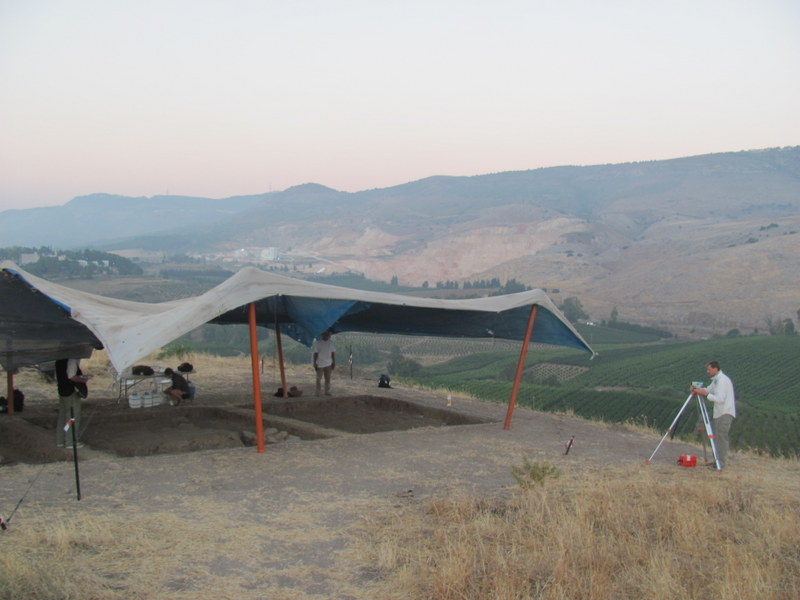 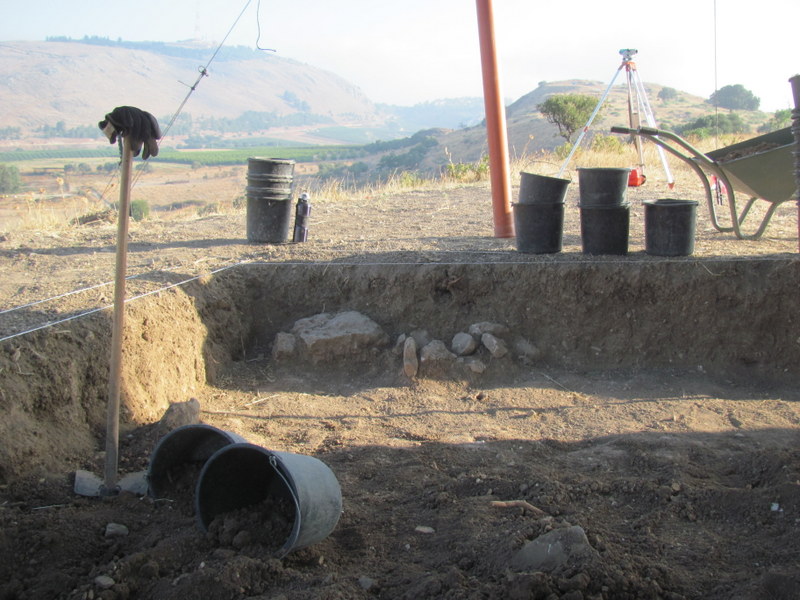 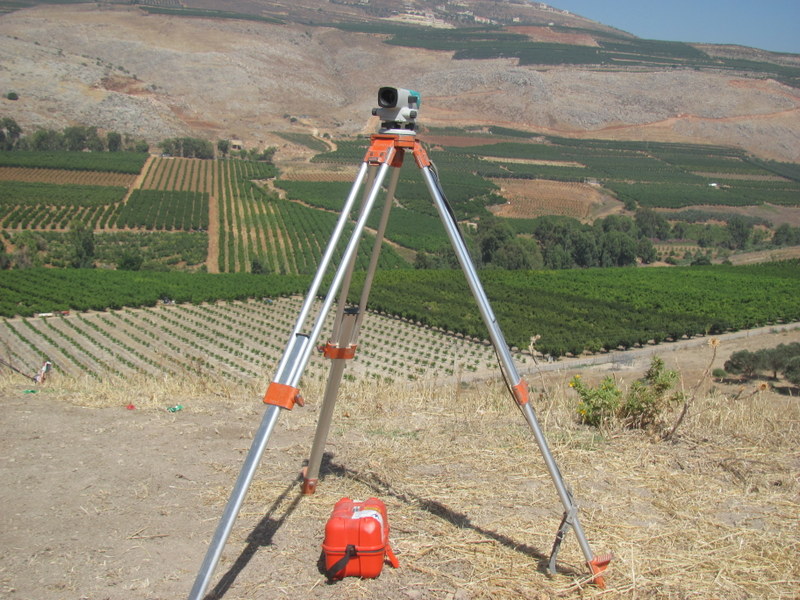 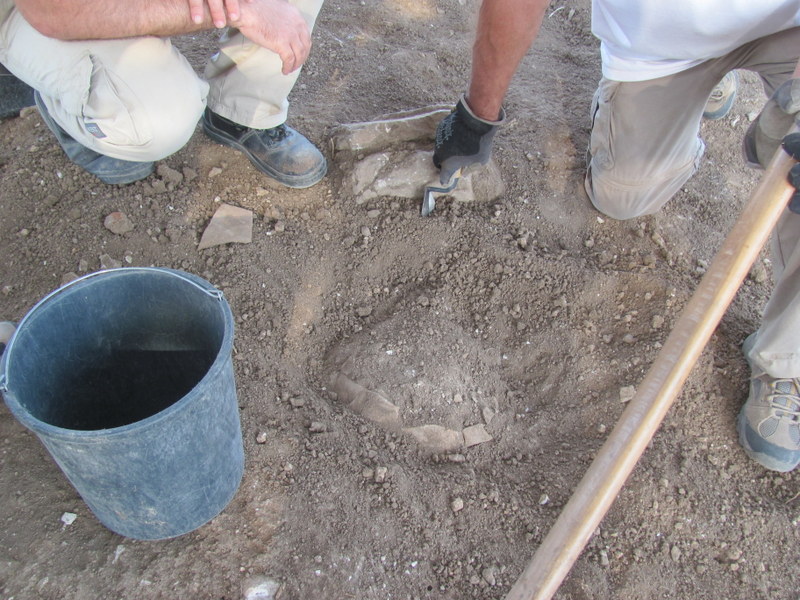 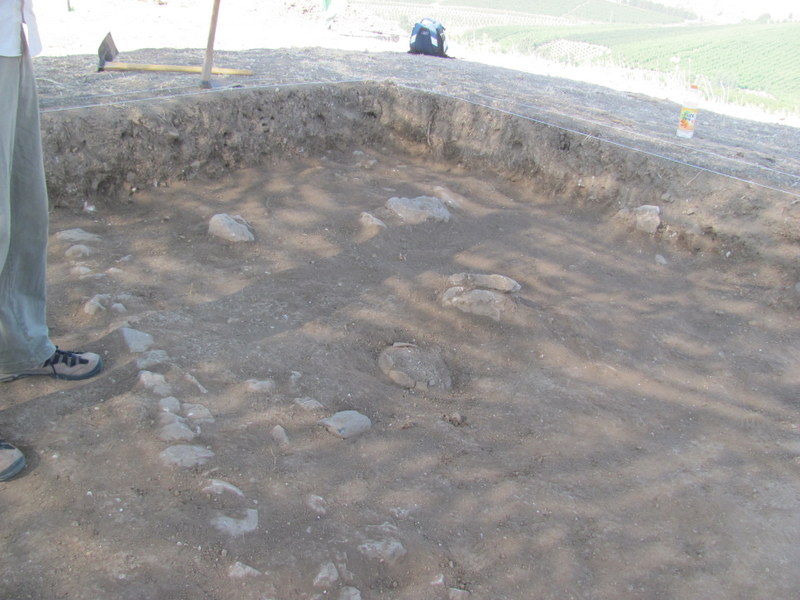 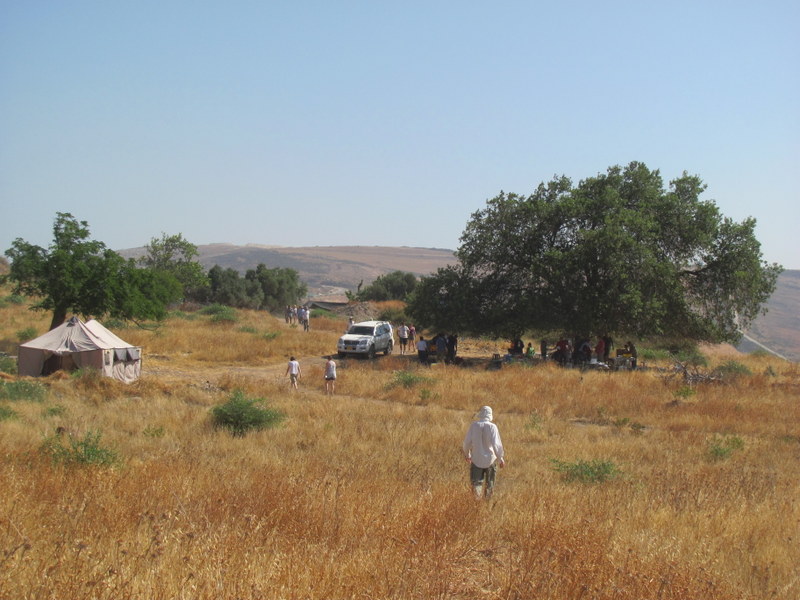 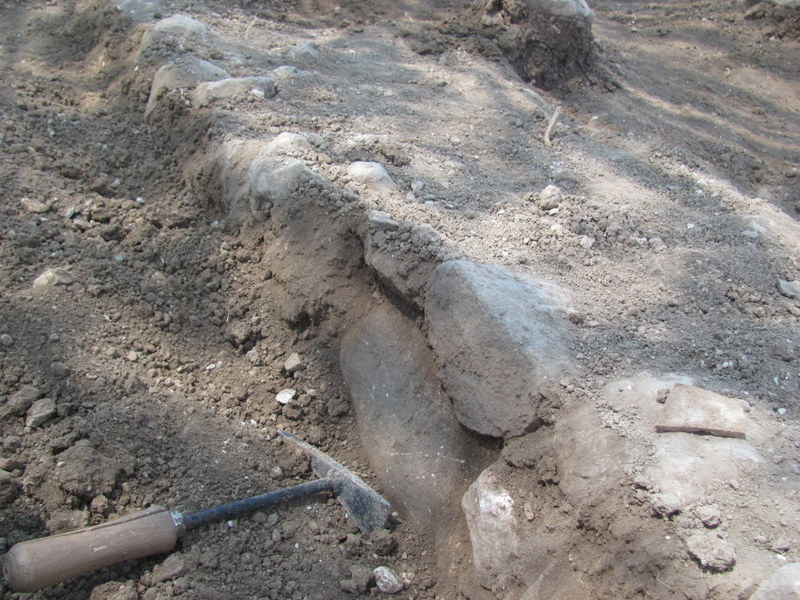 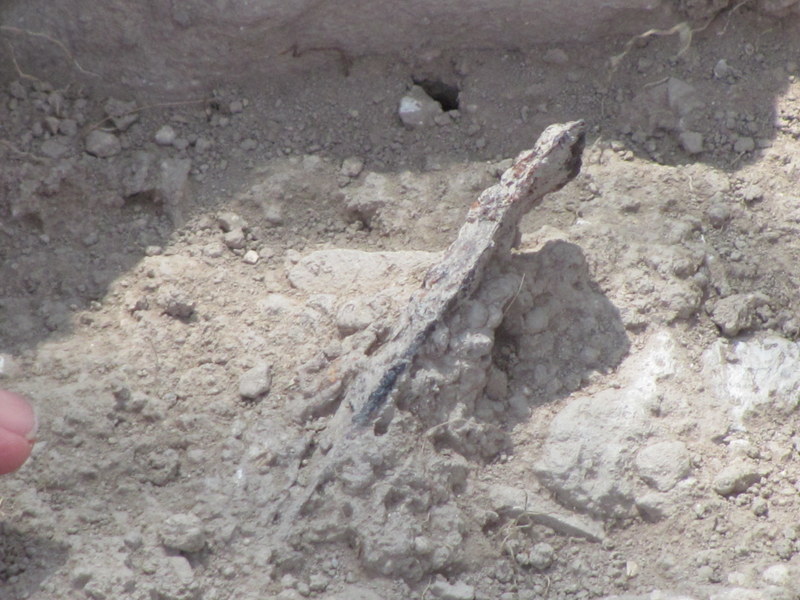 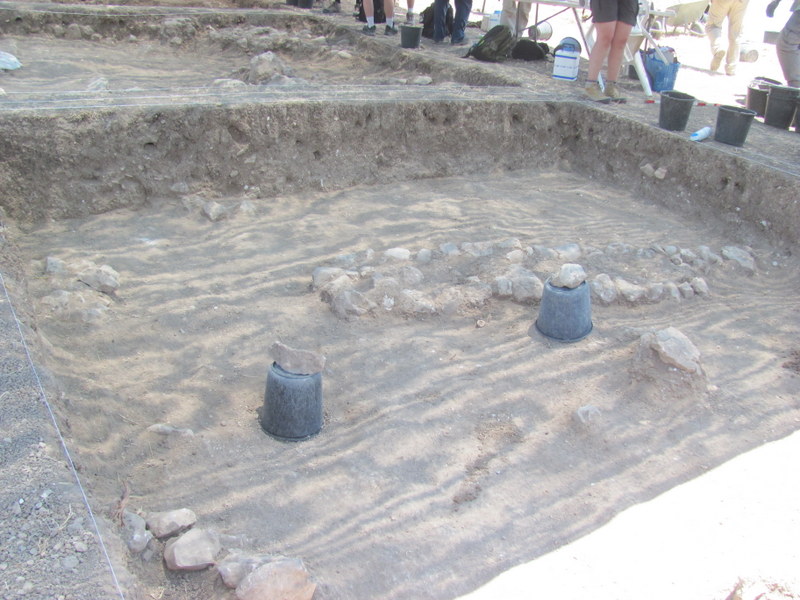 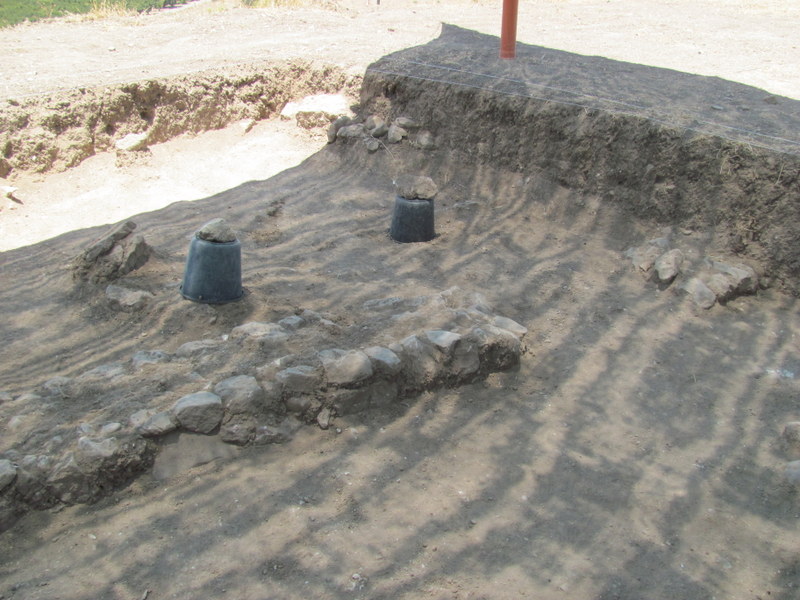 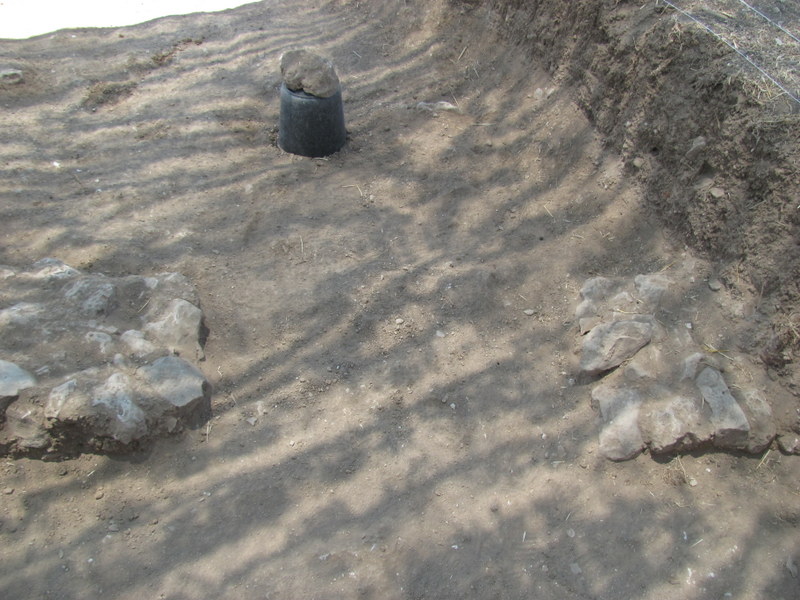 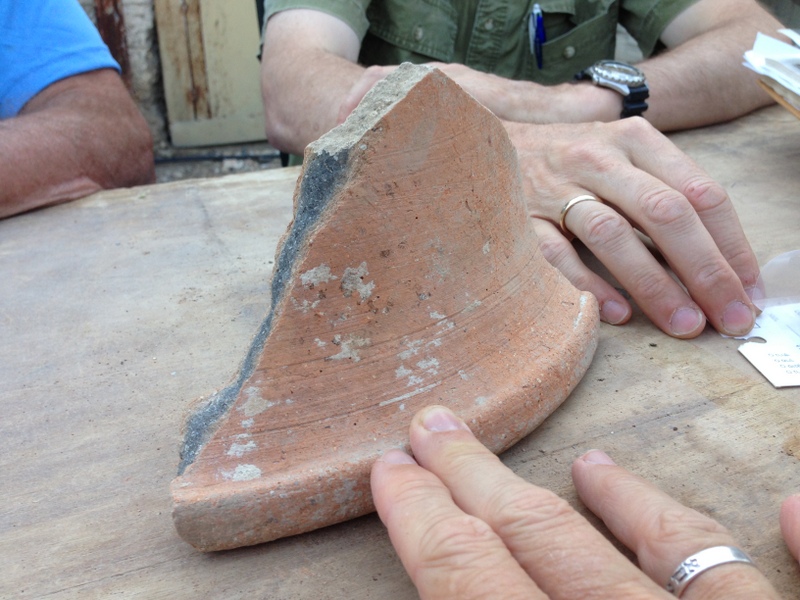 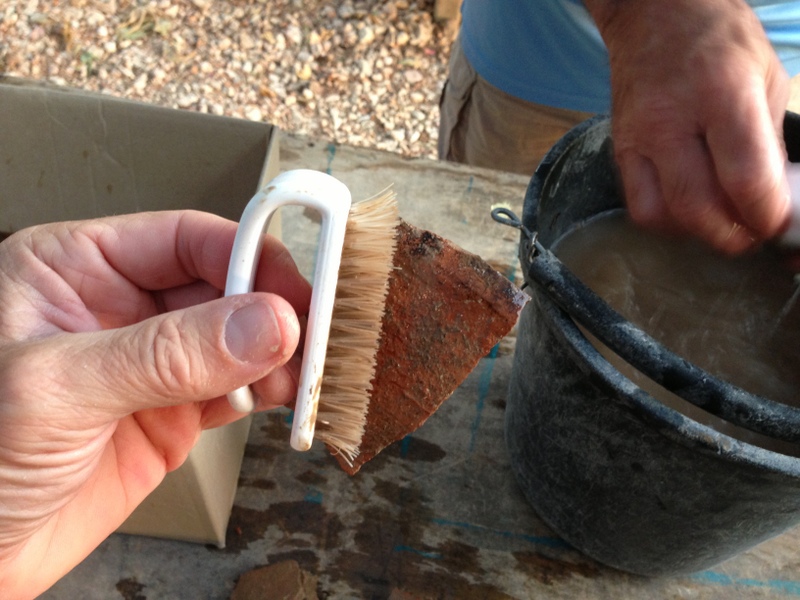