Crosses of the Old City 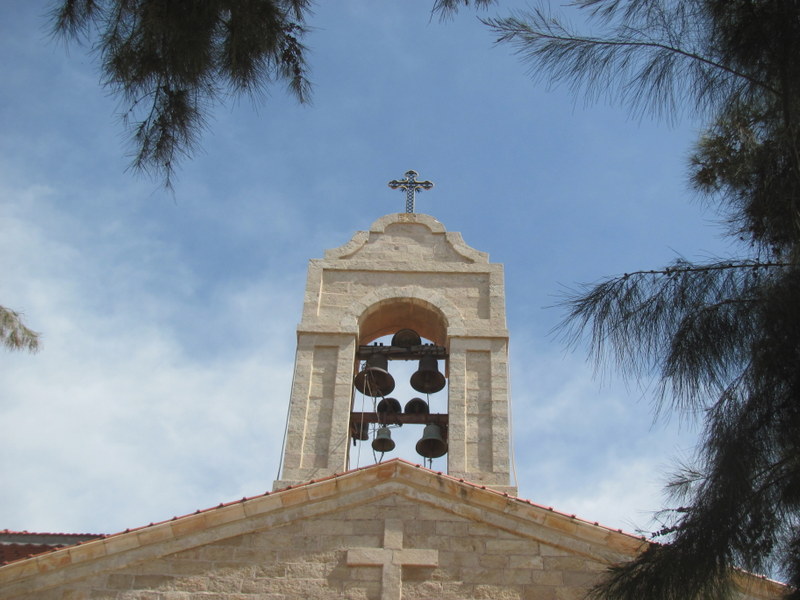 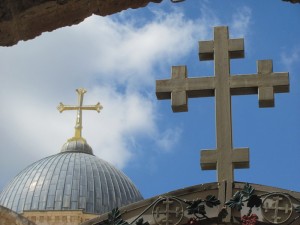 The crosses of the Holy Sepulcher

I just returned from another Israel tour. On this trip (and with Passover/Easter approaching), I found myself paying particular attention to the crosses that can be seen in Jerusalem.

As most know, there is a strong Christian presence within the Old City of Jerusalem.  While Jerusalem is the Jewish nation’s capital, the “Christian Quarter” within the Old City is scattered with churches.  Many Catholic tourists who walk the famous Via Dolorosa (the “way of the cross”) sometimes carry a wooden cross through the 14 “stations of the cross.”  Even though historically and archaeology it can be argued that Christ carried his cross most likely from the opposite direction (e.g. from Herod’s palace, the location of today’s “Jaffa Gate” to the Holy Sepulcher Church), crosses can be seen throughout the Christian Quarter.

Wood crosses of the Via Dolorosa

Many “denominations” have a presence within the Old City (and for that matter, within the Holy Sepulcher Church itself).  Among world-wide Christians are Greek Orthodox, Russian Orthodox, Roman Catholic, Armenians, and Coptic.  As 12 noon, the glorious sound of the bell tower of the Lutheran Church in the heart of the Christian Quarter can be enjoyed from anywhere in the Old City.

Since the history of the church, the cross has been a symbol of the purpose of Christ’s coming.  The cross represents both the sin of the world for which Christ died as well as the shame in which Christ suffered out of His love for a fallen world.

Marbel cross in the Christian Quater

One of my favorite hymns of the past is Lift High the Cross.  It was a hymn written in 1916 by George Kitchan.  Here are the words:

(Refrain) Lift high the cross, the love of Christ proclaim, till all the world adore His sacred Name.

(Verse 1) Led on their way by this triumphant sign, the hosts of God in conquering ranks combine.

(Verse 2)  Each newborn servant of the Crucified, bears on the brow the seal of Him Who died.

(Verse 3)  O Lord, once lifted on the glorious tree, as Thou hast promised, draw the world to Thee.

(Verse 4)  So shall our song of triumph ever be: Praise to the Crucified for victory.