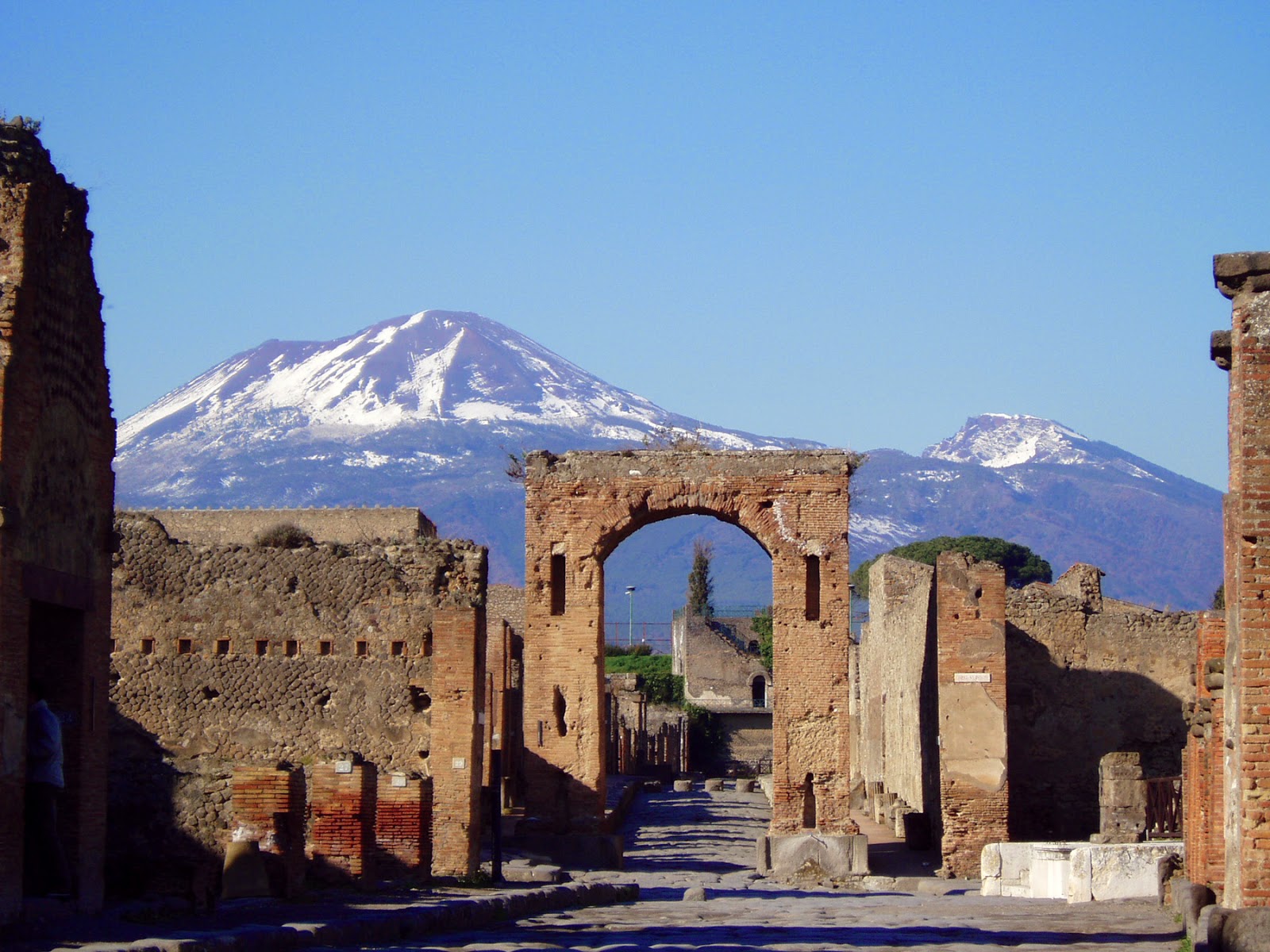 The story of Mt. Vesuvius and the city of Pompeii is fascinating and sad at the same time.  Some of my tours I lead actually go to Pompeii (I hope to be leading a full-blown 11 day tour to Italy in the fall of 2016.  Stay tuned!).  Located on the western coast of Italy and about a 3.5 hour bus ride from Rome, Pompeii was destroyed by the volcanic eruption of Vesuvius in 79 AD.

After the eruption of the volcano, Pompeii was covered with up to 20 feet of ash and pumice.  Long before the city became a prominent Roman city, Pompeii was established in the six or seventh centuries BC according to most archaeologists and historians.  The tedious task of uncovering this city fallen to volcanic debris first took place 1599.

The destruction of Pompeii

The city comprised of everything you’d expect to find in any Romanized city: Theater, bathhouses, elegant villas, temples, and paved streets.  Houses of prostitution were also found.  It is believed that 20,000 people lived here in 79 AD before it was destroyed.

Mount Vesuvius has not erupted since 1944, but it is still one of the most dangerous volcanoes in the world. Experts believe that another Plinean eruption is due any day–an almost unfathomable catastrophe, since almost 3 million people live within 20 miles of the volcano’s crater.

According to sources, Pliny the Younger provided a first-hand account of the eruption of Mount Vesuvius from his position across the Bay of Naples at Misenum.  It is said that his uncle, Pliny the Elder died while attempting to rescue stranded victims. As admiral of the fleet, Pliny the Elder had ordered the ships of the Imperial Navy stationed at Misenum to cross the bay to assist evacuation attempts.

This must have been an horrific experience!