“Oceans” on Sea of Galilee 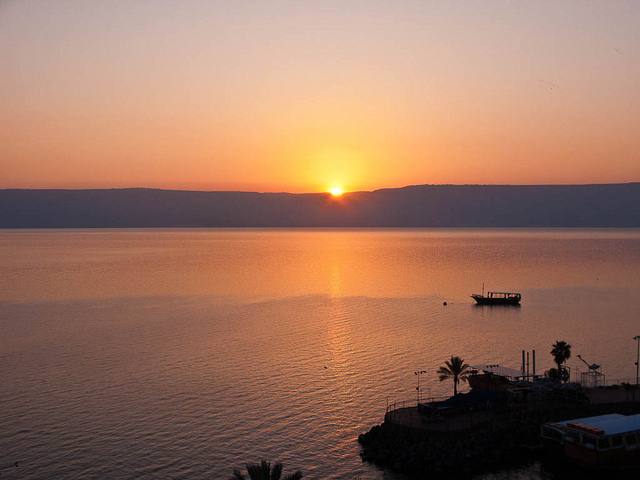 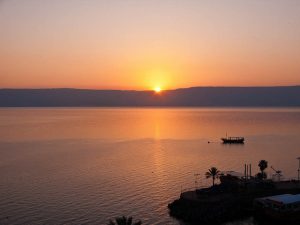 Sunrise on the Sea of Galilee

Watching a sunrise on the Sea of Galilee is an unforgettable experience. Listening to a powerful song of hope and truth while sailing on this biblical body of water only adds to the specialness of the experience.

Hillsong United, the Australian-based worship group, recently traveled to Israel to perform many of their songs. This project is called Dirt & Grace: Live from the Land.” They recorded these songs in actual places in Israel where biblical stories took place.

The lyrics of Oceans are actually based on one of the two storm narratives recorded in the Gospels. It is the second storm encounter that is mentioned in Matthew 14 where Jesus comes to the disciples at night while walking on the water (Matthew 14). Of the frightened disciples, it was only Peter who got out of the boat to walk towards Jesus. It is Peter who responds to this “crisis mode” with faith.

Listen to Hillsong United as they sing a moving rendition of Oceans on the Sea of Galilee. As you do, may you find peace and perspective in your “storms of life.”

The Dirt & Grace project includes these songs recorded at the following locations in Israel:
1. Madness (Here Now) / By An Empty Tomb Just Beyond The City Walls
2. Say The Word / By The Mount Of Beatitudes
3. Heart Like Heaven (Falling) / As The Sun Went Down Over Galilee
4. Touch The Sky / From The Lowest Place On Earth & The Cliffs Of Arbel
5. Street Called Mercy / From Via Dolorosa & Dead-End Road By The Old Dead Sea Works
6. When I Lost My Heart To You (Hallelujah) / By Fire In The Hills Of Galilee
7. Even When It Hurts (Praise Song) / In The Cold Night Of A Not Too Distant War
8. Prince Of Peace / From A Golan Heights Memorial Of War & By The Shining Lights Of The Old City
9. Empires / From The Ruins Of Katzrin
10. Rule / From A Stage By The Dead Sea
11. Captain / Adrift On The Sea Of Galilee
12. Closer Than You Know / From A Quiet Place Beneath An Olive Tree

Bonus Tracks
13. I Surrender / By The Ancient Walls Of A Ruined Temple
14. Oceans (Where Feet May Fail) / From The Sea On Which He Walked
15. Scandal Of Grace (I’d Be Lost) / By An Empty Tomb Not Far From Golgotha