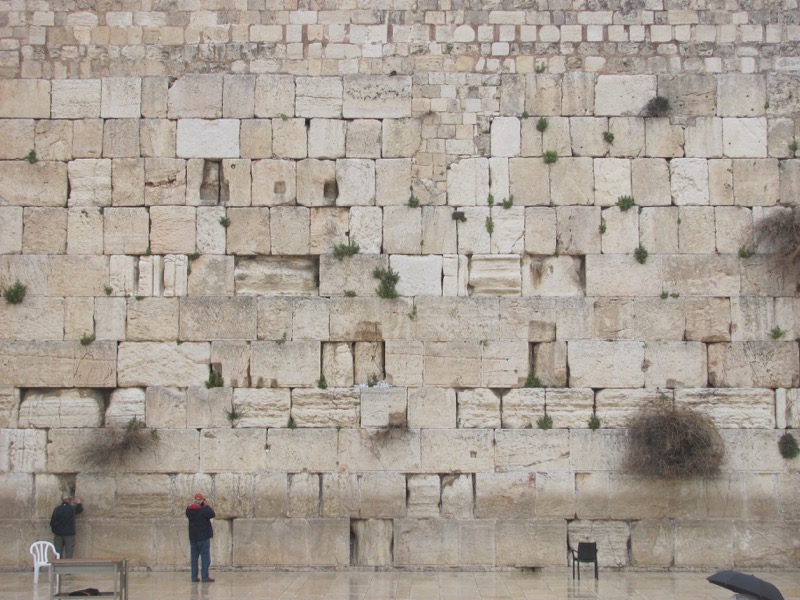 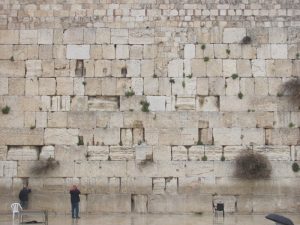 The Western Wall of Jerusalem

Today was our second day in Jerusalem. Once again, although it rained a little over the night, the skies were partly sunny, with highs in the 60s. Almost perfect!

We started our day a little early this morning. Leaving the hotel around 7:15, we drove down through the Hinnon Valley (2 Chronicles 28:3, Jeremiah 7:31) and then up towards the Old City. Entering through the Dung Gate, we first visited the famous Western Wall. This served as the western retaining wall of the Temple when Herod expanded the Temple Mount (a project that began in 20 BC). From here we walked parallel to this western wall through what is called the Western Wall Tunnel. We saw massive Herodian stones placed precisely. One called the Master Course, weighs 400+ tons! 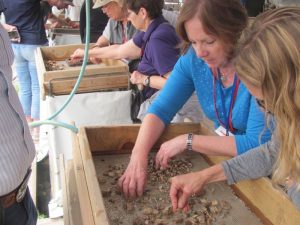 Walking out of the St. Stephen’s Gate, we then enjoyed being “archaeologists” at the Temple Sifting Project. Located on Mt. Scopus (the northern end of the Mt. of Olives), we sifted through the debris brought directly from the Temple Mount. A number of the group found some interesting things, including a coin probably dating to the 2nd Temple Period. We ordered in falafels for lunch and ate them before we left.

Driving now to the western part of Jerusalem, we next visited the Israel Museum. Here we saw a 1:50 scaled model of Jerusalem as it looked just prior to its destruction in 70 AD. We carefully examined the locations here key stories from the Gospels and the life of Christ took place. Also here at the museum we walked through the Shrine of the Book where some of the Dead Sea Scrolls are on display. Lastly, we walked through the archaeological wing of the museum, seeing a few highlights (Dan Inscription, Moses’ Seat from Chorazim, the “place of trumpeting” inscription from the pinnacle of the Temple, the Pilate Inscription, and the sarcophagus of Herod the Great, among other things (1,900 year-old Roman glass pie plate). 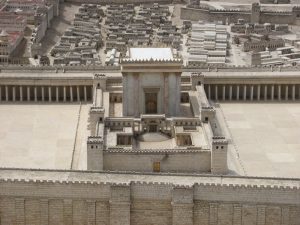 The 1:50 scale model of Jerusalem during the time of Jesus (2nd Temple Period).

We ended the day with a moving visit to Yad Vashem, Israel’s Holocaust Memorial & Museum. It was a gripping experience as we saw the Children’s Memorial. We all heard Shlomo’s story of losing 12 family members from Vilna, Poland. We also walked through the museum itself on our own, reading and hearing the many stories of the Holocaust.

We returned to the hotel for dinner, followed by an optional walk to Ben Yehuda Street for shopping and a taste of modern Israeli life.