The excavations at the City of David in Jerusalem have been going on since the 19th century. In more recent years, particularly in the late 1970s and 80s, the excavations on the eastern slope of the City of David (called “Area G”) have shed a lot of light on both Canaanite and Israelite Jerusalem. A little further south the water system of the city was discovered. Part of this water system was first discovered by Charles Warren, an early 19th century explorer. This water system was later excavated in the early 80s as well.

Specifically, it was Warren who explored a 52 vertical tunnel (now called Warren’s Shaft) that was believed to be the “water shaft” mentioned in 2 Samuel 5. Whether it was this shaft or another part of the water system we cannot be certain. Yet for sure, some “water shaft” (tsinnor in Hebrew) was used in the 2 Samuel 5 story and it played an important role in how the city (then called Jebus) was conquered. By the way, when I was an archaeology student in Jerusalem in 1981-82, I had the chance to climb Warren’s Shaft. It was an amazing experience to think I climbed up the same shaft that Joab did close to 3,000 years ago! 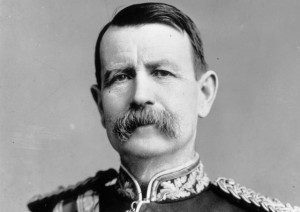 Charles Warren who first discovered the shaft in the 19th century

As I mentioned above, with newer excavations at the Gihon Spring taking place in the last few years, archaeological theories have now changed regarding what specific part of the water system was used in the conquering of Jebus by David and his men. With these new discoveries, the “old” theory that contends that Warren’s Shaft was what was climbed by Joab is generally no longer held. Yet, some still believe it was used.

The water system of ancient City of David. Warren’s Shaft is listed as the “vertical shaft”

The following video (first appearing on the Israel News Network HERE) uses this “old theory” to illustrate how the city was conquered from the inside out. Whether Joab and the rest of David’s men used Warren’s Shaft or a part of the newly-revealed Canaanite water system further south, the truth of the matter is that the city was taken and established by David as the capital of His kingdom!

The video is illustrated very well!  I think you will enjoy it.