The Conquering of Jerusalem … Another Theory 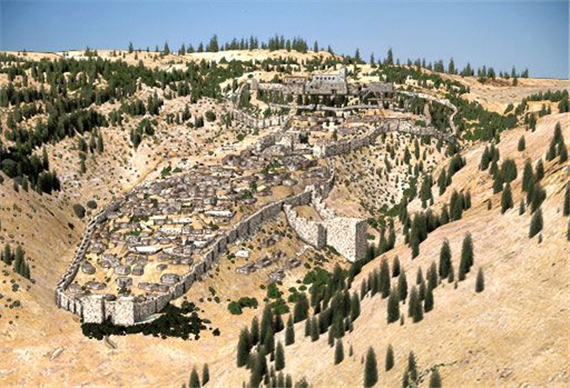 In the last blog (entitled David’s Conquering of Jerusalem), I offered a wonderful video on how David conquered Jebus, the Canaanite city later called Jerusalem. Archaeologists are continuing to discover how the city was taken by David back in the 10th century BC.

A model of the City of David. It was called Jebus when David conquered it (2 Samuel 5)

The story of how it was conquered is mentioned in 2 Samuel 5. As I mentioned, the “old theory” was that Joab climbed up a vertical tunnel  (called Warren’s Shaft today). However, with new excavations over the last 10 years or so, this theory is no longer held. The “water shaft” used by Joab that day was probably another part of the Canaanite water system about 30 feet away.

So in this follow-up blog, I share with you another video. You will enjoy hearing Dr. Ronnie Reich, Israeli archaeologist, share his views about this water system.