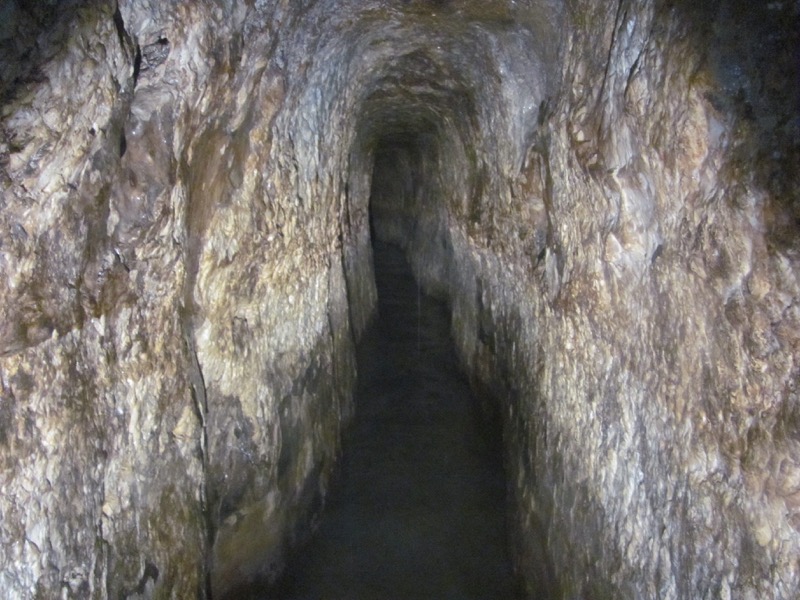 Today was our last day in Jerusalem and the last day of this trip. While it was once again cold, at least the predicted rain didn’t come until we finished the day! What a blessing!

After breakfast, check-out, and loading the bus in preparation for tonight’s flight home, we drove to the City of David. This small 11 acre piece of land was first taken by David (2 Samuel 5).

We would spend over 2 hours here seeing the excavations. We saw David’s palace, Jebusite and Israelite fortification walls and houses. Further down the slope we walked through Warren’s Shaft. This series of tunnels leads to the massive tower that protected the source of water for the city, the Gihon Spring. Solomon was made king here (1 Kings 1). It was also here where a number in the group walked through Hezekiah’s Tunnel (1,720 feet long that still flow with water, see 2 Kings 19-20 and 2 Chronicles 32) while others walked through the dry Canaanite tunnel. Both groups converged at the Siloam Pool where we read from John 9 in “dramatic” fashion!

The steps of the Temple in Jerusalem

After we all loaded the bus, a number in the group were dropped off at the new Gavati excavations where we walked to the SW corner of the Temple further north through the northern end of the drainage channel just recently discovered a few years ago. Meeting at the SW corner of the Temple (Robinson’s Arch), we saw massive stones lying on the Herodian street. This was a stone street for sure used by Jesus! On the southern steps of the Temple we remembered passages like Luke 2 and 18, Mark 13, and Acts 2 (among others). Jesus would have used these steps many times.

Walking up to the Jewish Quarter for lunch and a few hours of free time, we enjoyed shopping and exploring on our own. Some went to Oscar Schindler’s grave on Mt. Zion. Some also climbed the 178 steps up the tower of the Lutheran Church in the heart of the Christian Quarter. What a view from there!

Our last experience of the tour was to visit the Garden Tomb. This is another possible location for the crucifixion and burial tomb of Jesus. Here we enjoyed a brief time of worship & Communion. It was a special time together!

As we said goodbye to Jerusalem, we drove west through heavy rain (it held off until now) to Abu Gosh for our Farewell Dinner. The meal was excellent (lamb chops!) and we enjoyed a time of reviewing the trip and sharing stories! Continuing driving west, we arrived at the Ben Gurion Airport for our night-flight home.

At present… we are through the ticketing and passport procedures and are waiting at the gate for our non-stop flight back to Newark and then to our respective states.

We plan to arrive back in the States early Saturday morning. Praise be to God for a life-changing experience!