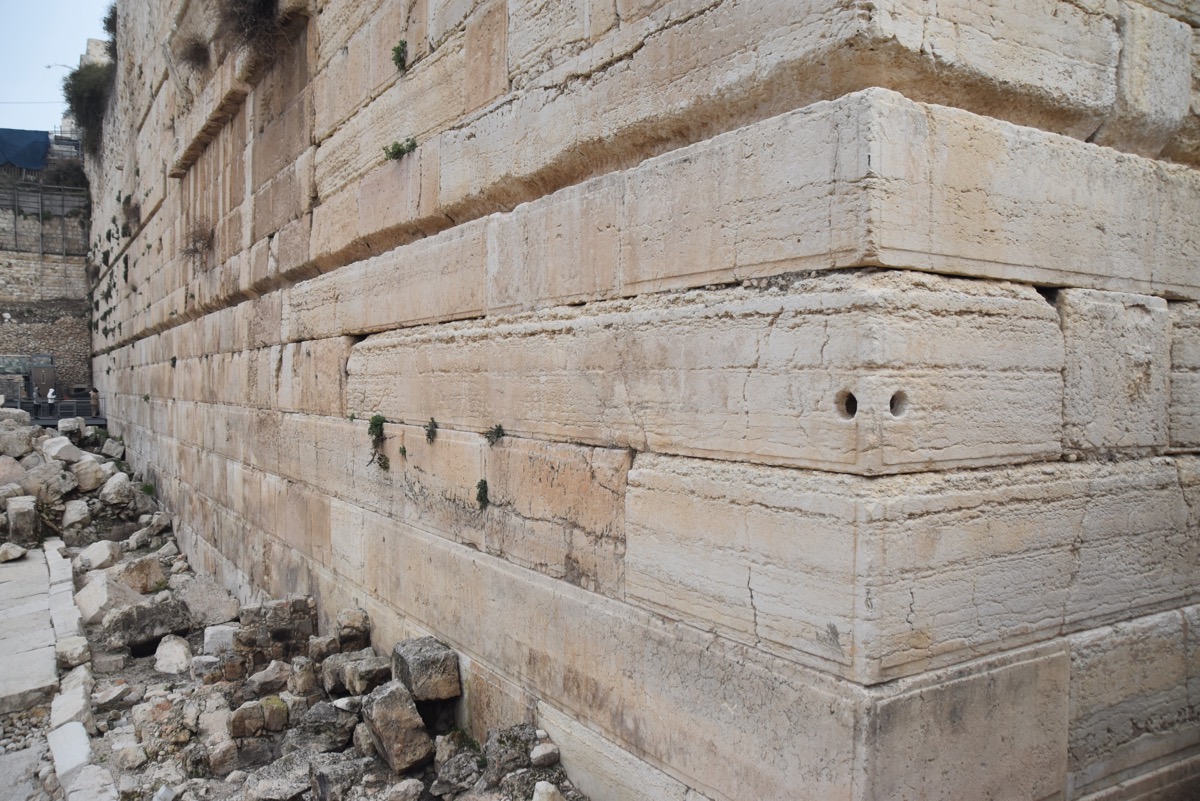 Today is our last full day here in Jerusalem. The weather was perfect, with sun and highs in the mid 60s. We would encounter the best of both OT and NT Jerusalem!

Some of the massive stones of the Temple (Mark 13)

Leaving again shortly after 7:30, our first destination was the southern wall excavations. The Temple of Herod began in 20 BC and according to John 2, 46 years were already invested in this massive building project. Here we saw massive Herodian stones, some weighing hundreds of tons! We also saw the Herodian street. Jesus would have walked on this stone pavement! At the southern end, we ascended the steps that would have led into the Temple. We read from many passages that placed Jesus and others using these steps (e.g. Luke 2, Mark 13, Luke 18, Acts 2, etc…) While sitting on these steps we took some time to reflect about the specialness of this place and the life and ministry of Jesus here!

Inside Hezekiah’s Tunnel at the “meeting point”

Walking south out of the Dung Gate, we entered the excavations of the City of David. After seeing a 3-D movie, we began to explore the area. This was where David built a palace after he conquered the city from the Jebusites (2 Samuel 5). Walking down through Warren’s Shaft (a series of tunnels and a 52 foot shaft), we made out way down to the Gihon Spring. This spring served as the water source for the city since its beginning. Over half in the group walked through the “wet” Hezekiah’s Tunnel while the others walked through the “dry” earlier Canaanite tunnel. Both were great experiences!!

The very stone steps of the Siloam Pool (John 9)

Both groups converged at the Pool of Siloam where we read the story of the blind man healed by Jesus (John 9) in “dramatic fashion.” From here, some walked back up to the southern excavations through the drainage channel discovered just a few years ago. Others bussed to the Zion’s Gate and walked to the Jewish Quarter.

About noon we enjoyed a conversation with Moshe in the Jewish Quarter. He talked about his Jewish faith in the context of our Christian faith. He and his brother own a store called Shorashim. Following lunch on our own, we enjoyed a few hours of free time (for shopping, exploring, and people-watching). 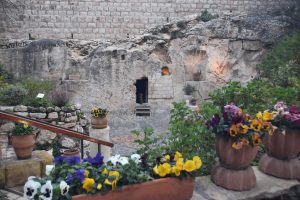 The Garden Tomb in Jerusalem

Our last visit was to the Garden Tomb. This location serves as an alternative site for Christ’s crucifixion and burial. While we worship the person and not the place, what is important is that “He is Risen!” We enjoyed a time of worship & Communion here. We ended the service with an “A-men” and three Swedish “horah’s!” 🙂

We drove back to the hotel for dinner and free evening. It was a great last day here in Jerusalem!

The plans are to drive to the airport for our late morning flight to Toronto and then back home. Keep us in your prayers as we fly home!