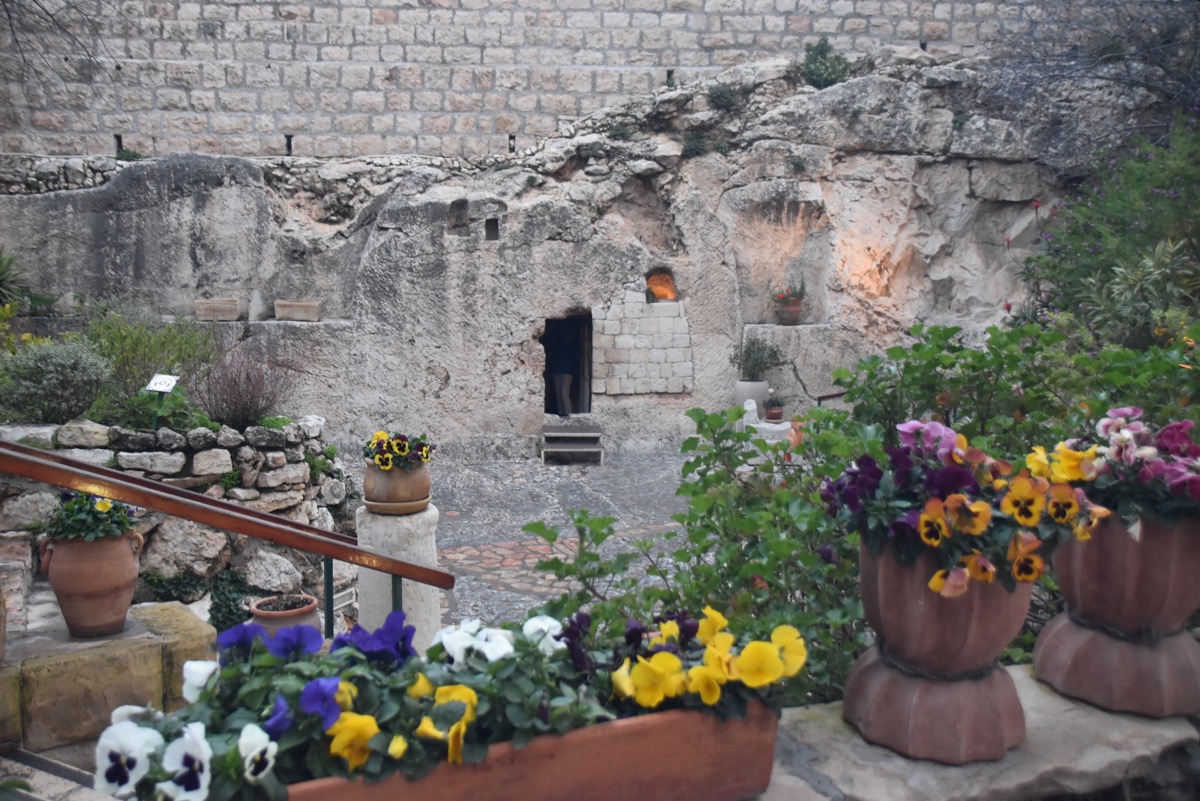 The centerpiece of our Christian faith is the death and resurrection of Jesus Christ. Easter serves as the bedrock of our spiritual and eternal joy and hope. The wonderful words of the angel at the tomb says it all – “He is not here!  He is risen! (Matthew 28:6).”

Display of Jewish ossuaries in the Hecht Museum. (Credit: Photo by Ferrell Jenkins)

An ossuary is a small stone box containing the bones of the deceased person. These were used in the days of Jesus. 100s have been found in Jerusalem alone. Some ossuaries were quite ornate, decorated with rosettes. Others had the name of the deceased scratched on the outside of them, identifying whose bones they were. Archaeologists actually found an ossuary with the following name written in Aramaic – Yeshua bar Yoseph” (e.g. “Jesus, son of Joseph”). Of course this ossuary wasn’t our Yeshua’s ossuary. To be very clear, He didn’t need an ossuary! Rather, the tomb of Jesus was empty, not because of the body of the Savior was stolen nor because His followers hallucinated or made up the story. The tomb was empty because Jesus was literally raised to life!

In Israel, 100s of Second Temple Tomb (tombs dating to the 1st century) have been found. About two dozen tombs have actually been found in and around the Holy Sepulcher Church, one of there three oldest churches in the world (4th century AD). But whether this is the place of Jesus’ tomb or not, we honor not merely the traditional place but rather the historical truth and reality of Christ’s resurrection. We worship the Person, Jesus, raised from the grave! It is what brings us the joy and certainty of our faith!

A model of an “arcasolium” tomb

The most likely type of Second Temple Tomb Jesus was laid in on Friday afternoon was an arcasolium tomb.  The most common type of tomb during the period of the New Testament was the koch (kochim, plural) or niche tomb.  However, it seems as if they angels in the resurrection story couldn’t sit at the feet and head of Christ (John 20:12) within a narrow and elongated niche tomb. Joseph of Arimathea’s tomb was a newly-hewn tomb (Matthew 27:60), and must have been a tomb of prominence. What a dramatic event it must have been for the women at the tomb who were told by the angels of Christ’s resurrection! What an amazing experience also for Peter and John who ran to the tomb shortly after!

Flowers at the Garden Tomb in Jerusalem

So this weekend, all the Christian world rejoices in the resurrection of Jesus! Easter lilies stand tall in celebration! Easter flowers bloom brilliantly as a sign of life! May our hearts rejoice in Christ’s resurrection!

Enjoy this song that celebrates the beautiful and powerful name of Jesus!