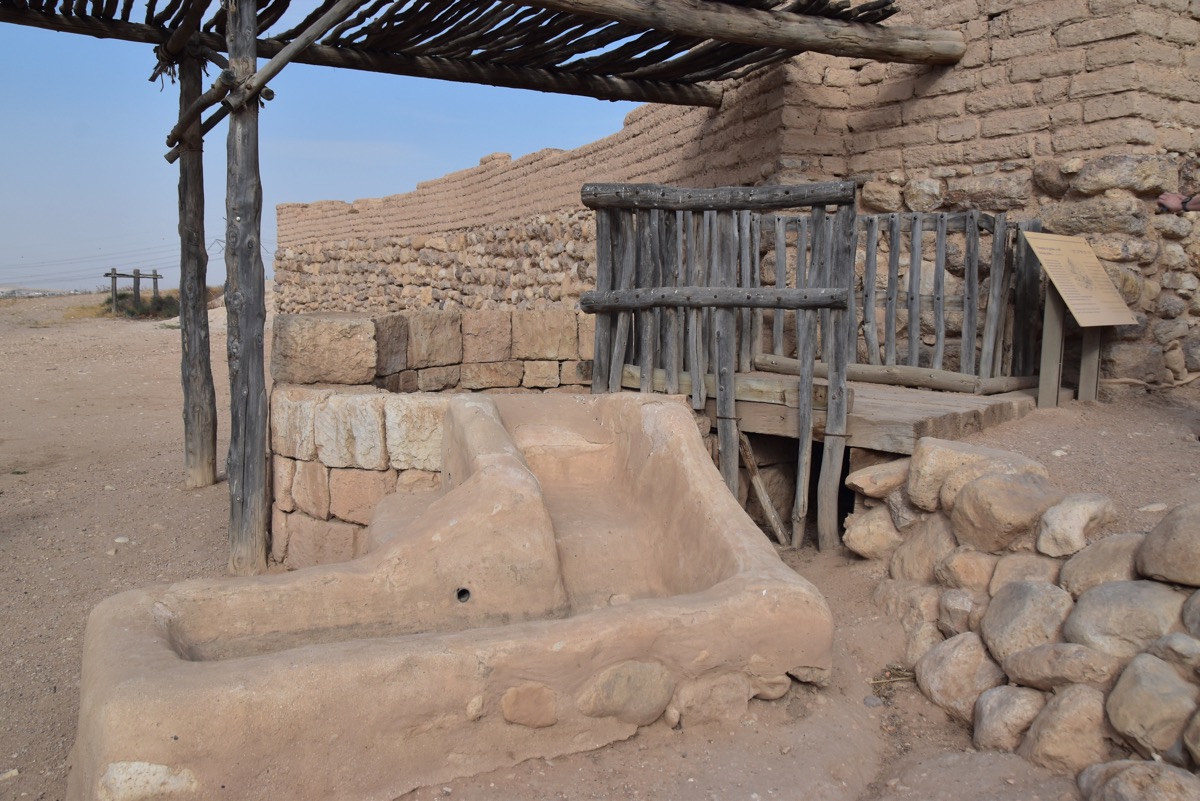 (Theme of the Day: Finding God in the Desert)

Today was a very nice day here in the Negev, with sun and temps around 80. It was very windy.

The well of Beersheba

Leaving the hotel shortly after 7:30 following a great breakfast, our first stop was close by. Tel Beersheba is the small and concise archaeological site, but filled with exciting things to see. At the well of the city, we read from Genesis 21 about Abraham making a treaty here and digging a well. Even though the well doesn’t date to Abraham’s time, it is still amazing to think that he (and Isaac, Jacob, Elijah, and others) were here! We also referred to Psalm 126 (that mentions the “water courses” of the Negev) and Psalm 23 (about the “cup” that runs over). The ruins date primarily to the days of Solomon to the 6th century BC. We saw the gate, “four-room Israelite houses,” and a storehouse. We exited the site by walking down through the most impressive discovery of the site, the water system.

The canyon of the Zin Desert

Driving south through this arad Negev we arrived at Sde Boker. This is where David and Paula Ben Gurion are buried. Their grave overlook the spectacular Zin Desert. Here we also saw a few ibex (Psalm 104). Driving down into the canyon, we all hiked back to the water falls. The scenery was stunning! Many in the group also hiked up to the far rim of this canyon (ascending about 500 feet) while others returned back to the bus. 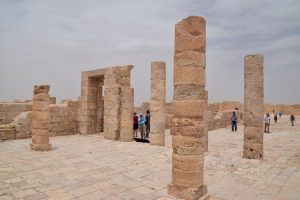 The ruins of Avdat

After the bus picked up the “hikers,” we visited a Nabatean city called Avdat. The Nabateans were a desert people who established a trade route in this area (their main city was Petra in Jordan today). Here we saw many ruins, including a couple Byzantine churches built later in the 5-6th century AD. We also ate lunch here. 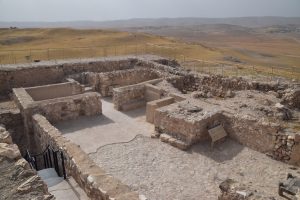 The false temple of Arad

Our last site of the day was Arad. Located in the NE corner of the Negev, this site began as a Canaanite city, later established as a Judean city on the citadel of the city. Overlooking the false worship center here, we read from 2 Chronicles 34 about Josiah’s reforms of the land. 100 years earlier Hezekiah similarly brought an end to these idolatrous actions. Standing in the temple itself, we remembered the words of Paul (from Romans 12) about how God wants us to be a living sacrifice to Him.

Camel rides in the Judean Desert

Driving east through the modern city of Arad, we arrived at our “Bedouin hotel” called Hanokdim located in the Judean Desert. We first enjoyed a 30 minute camel ride out into the desert. Following a traditional bedouin dinner, we enjoyed listening to a Bedouin woman talk about her lifestyle and customs. We also enjoyed a time of fellowship around the fire. As the stars shone brightly, we remembered the promise given to Abraham (Gen. 15). We retired to our “tents” for the night. This is a unique place!

(Theme of the Day: Claiming God as our fortress & thirsting for Him!)