Today was our last full day. After “sailing” all night, we arrived in Piraeus, the port of Athens, around breakfast time. The full sun and warm temps (in the 80s) greeted us again, making for an entire trip without any rain.

“Some say Athens is the ‘highlight site’ of all of Greece. Today we spent the entire day here. From the Acropolis to Mars Hill where we read Paul’s message recored in Acts 17, we had a great last day of our trip!” 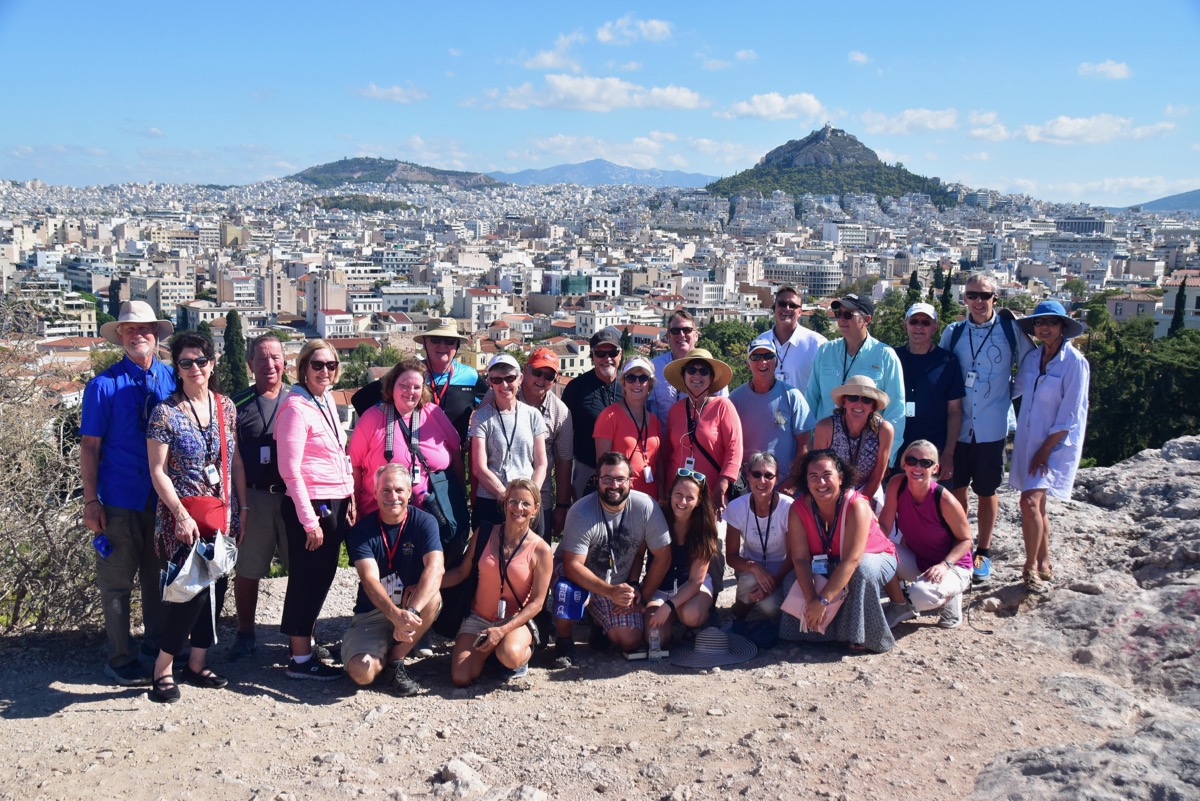 After disembarking the ship in a somewhat orderly fashion, we were met by Aliki (our guide) and Costos (our driver) with big smiles and open arms!  Leaving the port, we began our city tour of Athens.

After battling the morning Athenian traffic, we arrived at the base of the Acropolis. For sure, this is the highlight site of Athens!  The Parthenon and the Erechtheum all reflect the magnificent Golden Age of Athens (480-400 BC)!  There were temples on top of the Acropolis prior to this age, but the Persians raised the city and burned the temples in 480 BC.

Walking to the top we passed by the small odium (theater), the Nike shrine, and the Propylea (pillared gateway to the top). The pillars are massive. On top, the Erechtheum was the most important shrine on top. Athena, Posedein, and Erechtos were honored here.

The Parthenon was built over the course of 10 years (447-438 BC). Another 5-6 years were needed for finishing the final facade/decoration, making this building project complete in 432 BC. The architect was Phidias and it was built with the best of 4,000 people.  The number of pillars of the Parthenon were 17 on the long side, and 8 on the short, following the Golden ratio. Optical illusions were also used. With the columns leaning inward slightly, and the middle 4th and 5th row of the column being positioned a little wider than the base ones, the temple was built to look at perfect as possible. A 40 foot high statue of Athena (Mernerva in Latin) stood inside the temple. It was made of one ton of gold!

From here we descended the Acropolis and climbed the Hill of Aeropagus (Mars Hill). An airshow of some kind gave us a good glimpse of Greece’s version of the “blue angels.” We read from Acts 17 and Romans 1 here as we considered Paul’s strategy in sharing the Good News here in this very “religiously-pagan” city.  Upon hearing Paul’s message, a number become believers!

Meeting the bus below once again, we passed by the Temple of Zeus (2nd century AD), the Olympic stadium (re-built in 1896 for the first modern-day Olympics) and the Parliament building on our yea back to the hotel. The afternoon was free for us to eat lunch and explore on our own, visit the National Archaeological Museum (to see the golden masks of Mycenae, an altar found in the agora of Athens similar to what Paul referred to in Acts 17, among many other things), or nap. We gathered at 7 for our farewell dinner in the hotel. Tonight was our last night in Greece as we fly home tomorrow morning! 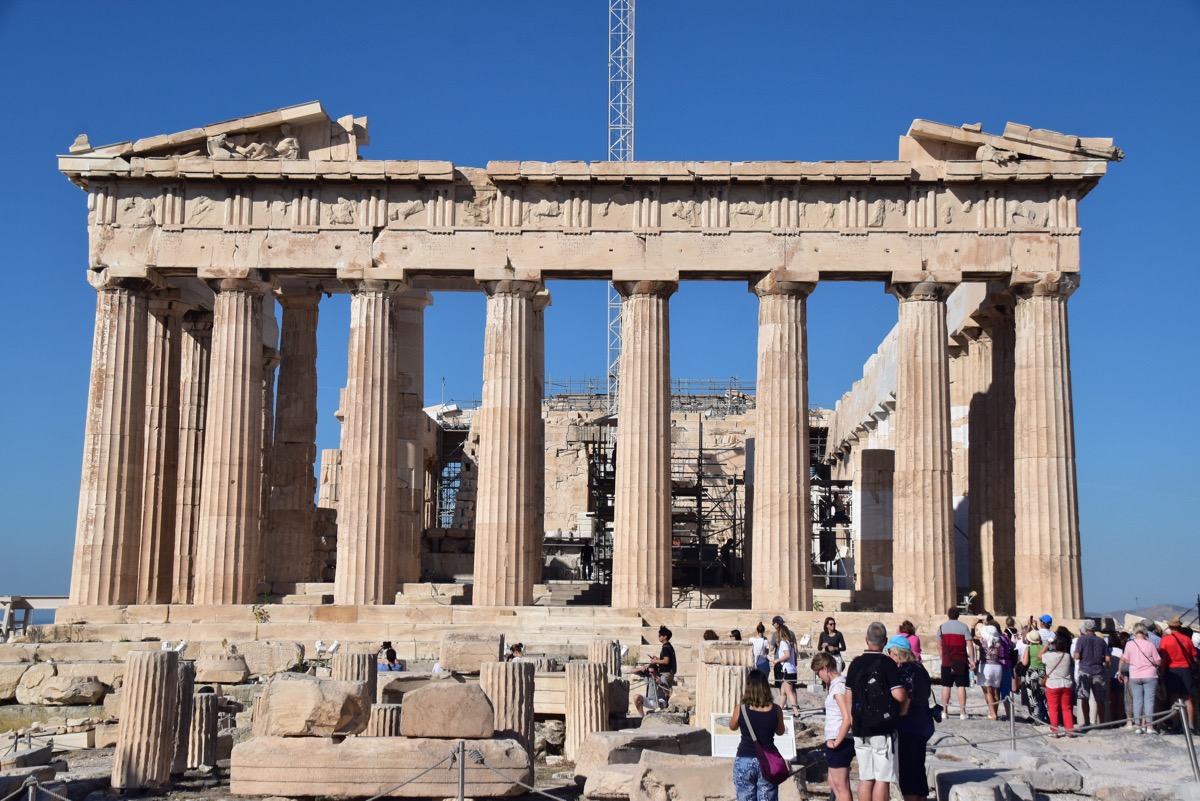 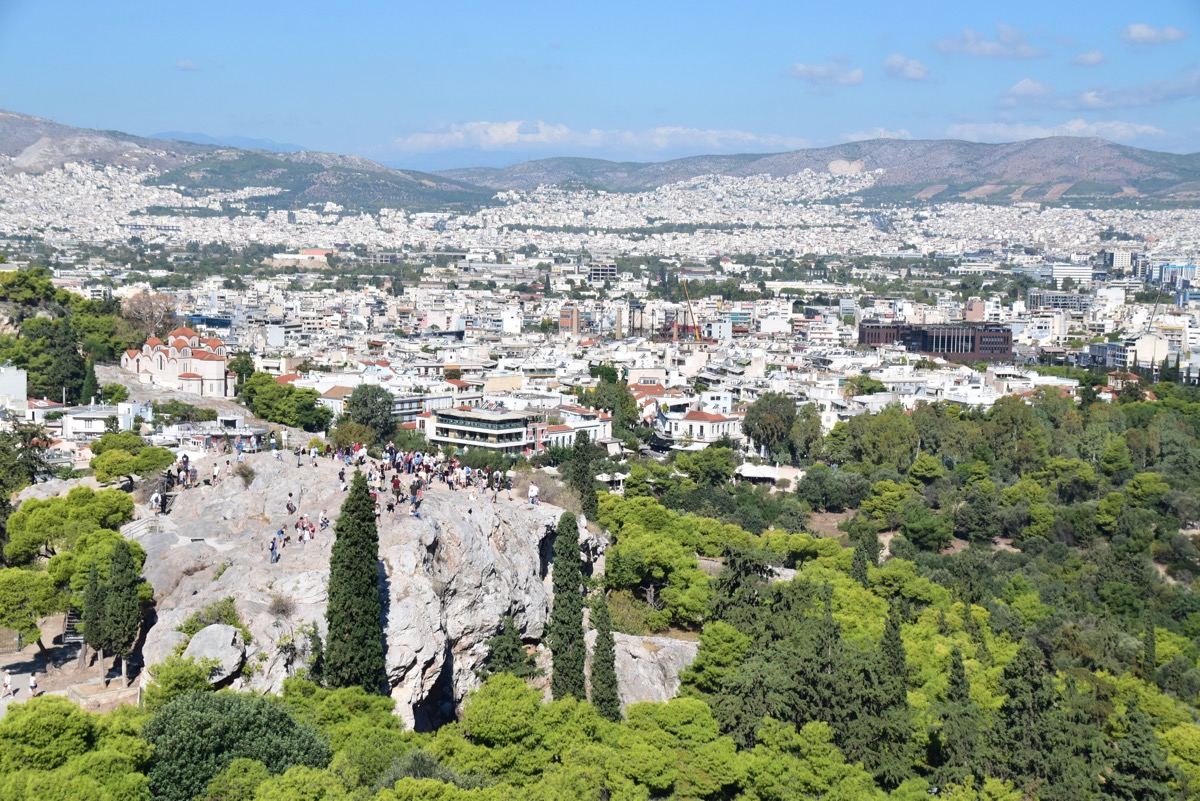 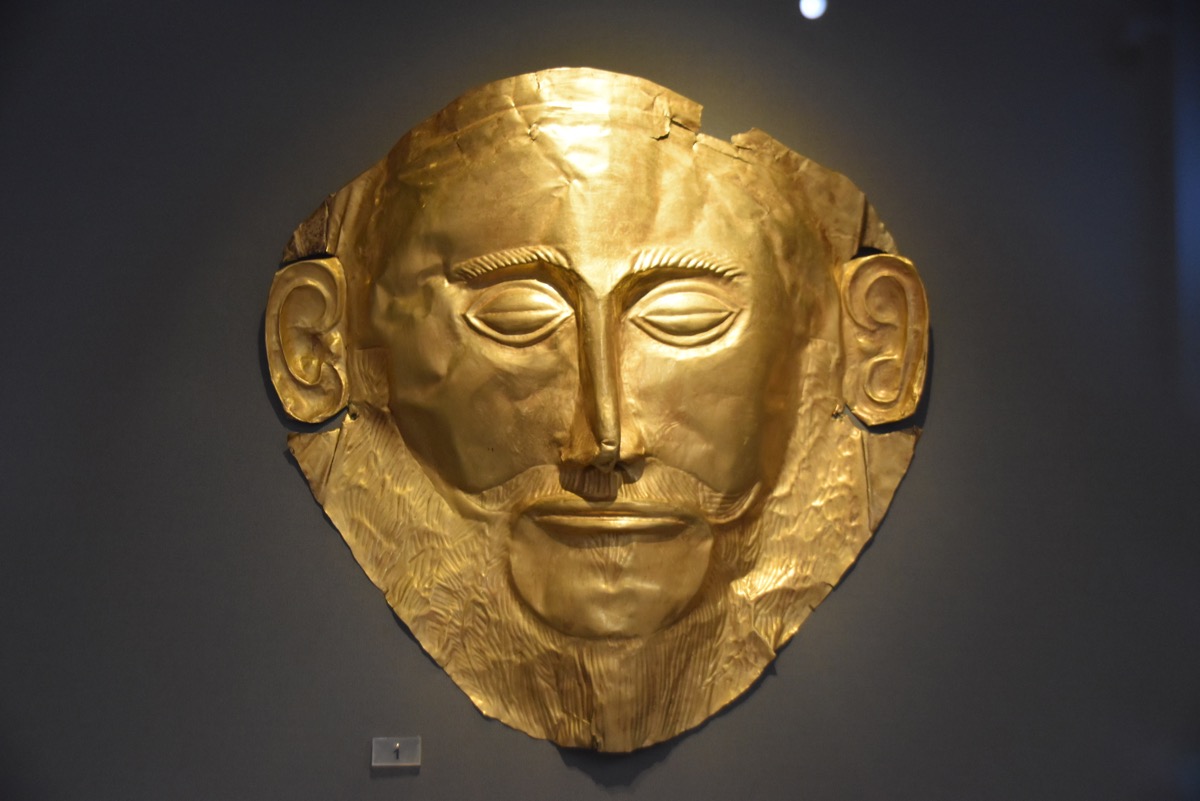