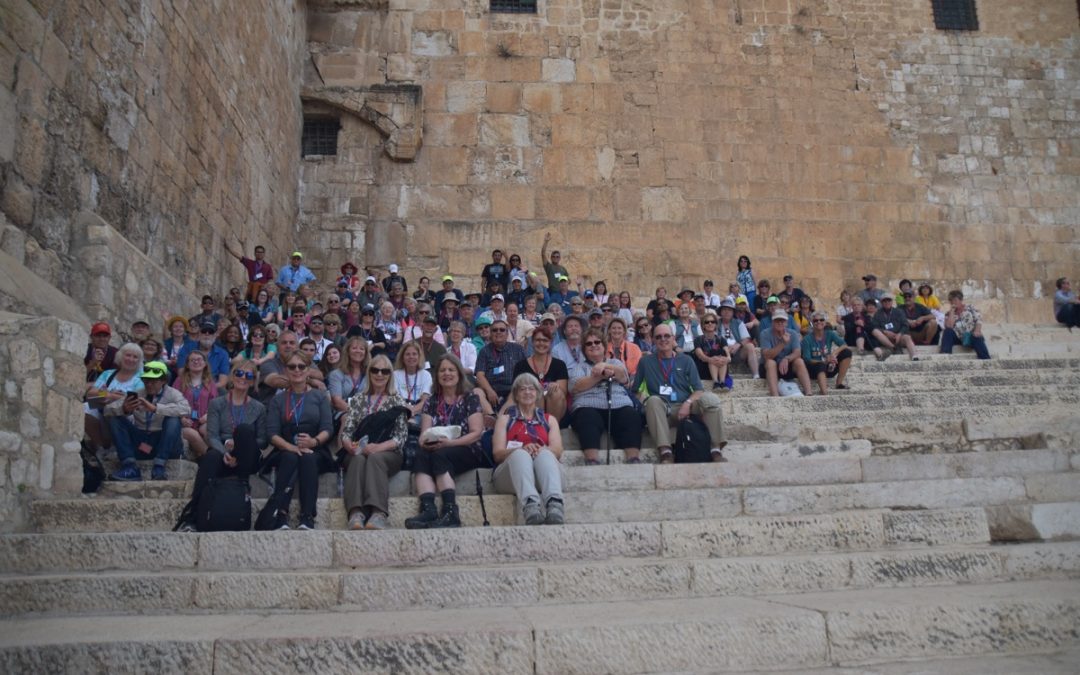 Today was our last day in Jerusalem. With a chilly start (around 50), the sun warmed things up for a high in the mid 60s again, making it ideal one again. Jerusalem is indeed a special place!

Leaving shortly after 7:30 again, we arrived at the City of David 10 minutes later. Our focus this morning is upon what the city was like during the Old Testament. We walked through some of the excavations on the western slope of this small city. Looking north to the Temple Mount, it was Solomon who built the 1st Temple. We also first talked about how David conquered this city from the Jebusites (he used the water shaft to apparently infiltrate the city, see 2 Samuel 5). Walking down the staircase, the old theory was that Warren’s Shaft was used. With new excavations at the Gihon Spring (where Solomon eventually was initiated into kingship, see 1 Kings 1), this “water shaft” was probably part of a water system at the southern end of the city.

At the Gihon Spring, many in the group walked through Hezekiah’s Tunnel. With flashlights in hand and with shorts and water shoes, it was thrilling to walk through this 1,720 foot tunnel mentioned in the Bible (2 Kings 19-20, 2 Chronicles 32, and Isaiah 8:6). The water was below knee deep most of the way. Others in the group walked through the dry Canaanite tunnel. Both groups converged at the Siloam Pool. Here we read from John 9 about the healing of the blind man.

“The most meaningful part of today’s experiences here in Jerusalem was to sit on the southern steps of the Temple knowing that Jesus used these steps to enter this holy place! Not only did Jesus walk on the Herodian street nearby, but He walked up these steps too. I can literally say that I ‘walked where Jesus walked!'” -Tour Member-

From here some bussed up to the south wall excavations while others walked through the drainage channel. At the SW corner of the Temple, we saw massive Temple stones brought down by the Romans in 70 AD. On the southern steps, we paused to recall the many who would have used these steps to enter the Temple. This included Joseph (Luke 2), the tax collector and Pharisee (Luke 18), and Jesus and His disciples (Mt. 13). It was also probably here where Peter preached on the Day of Pentecost here. 3,000 become believers!

Ascending to the Jewish Quarter, we enjoyed some free time on our own. We then walked together out of the Old City through the Damascus Gate to the Garden Tomb. Here we not only toured the grounds, but we gathered for a brief time of worship and Communion. Whether it was here or at the Holy Sepulcher Church where Jesus was crucified and buried, the bottom line is that Jesus rose from the dead. We also shared in Communion too.

We drove back to our hotels and enjoyed our last dinner as a larger group. Some are scheduled to fly home lat tonight or early tomorrow morning, while 60 in the group are crossing the border into Jordan. For some of those who stayed, we enjoyed an optional walk to Ben Yehuda St.  Some of us even peaked into the King David Hotel and saw the famous signature floor there! 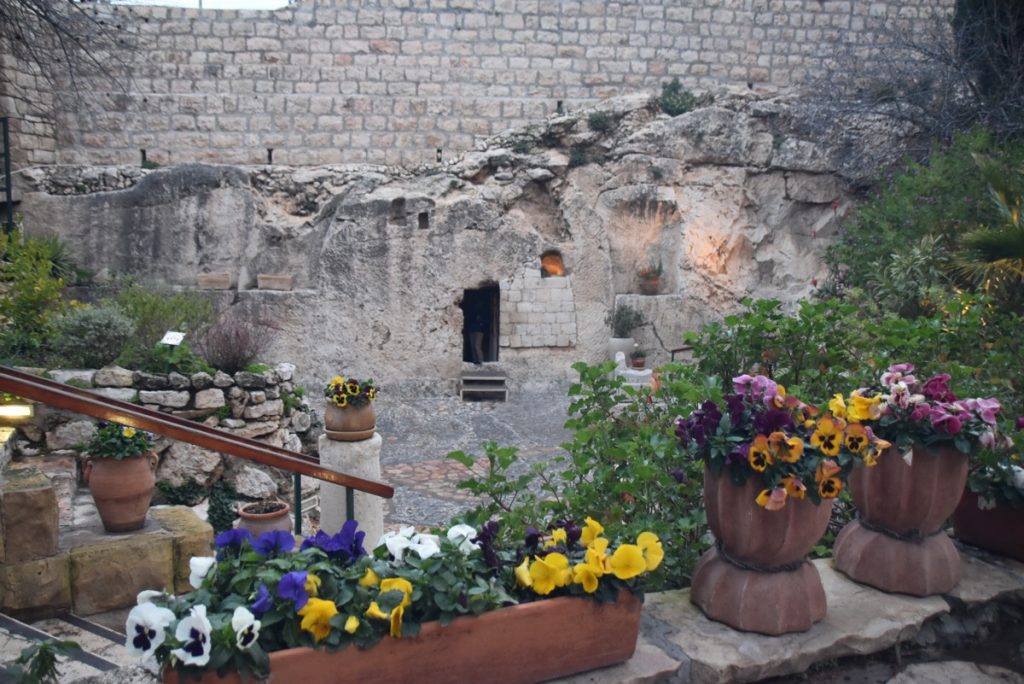