The “Road vs. Ruins” Dilemma at Beth Shemesh 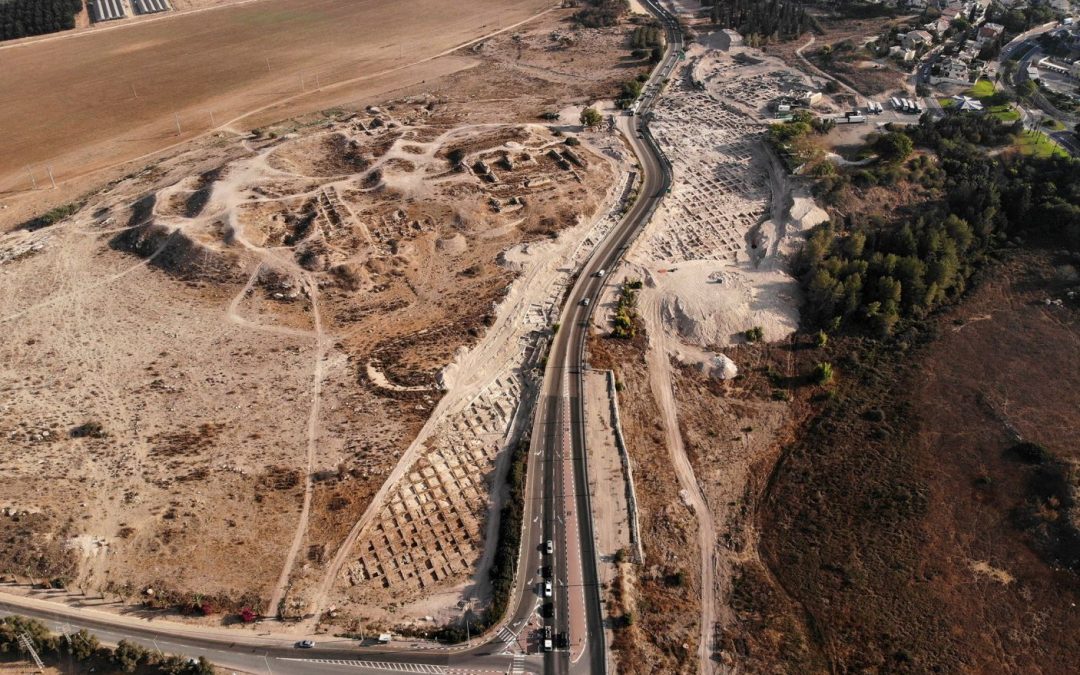 (note: all photos are credited to Zvi Lederenza as they appear in the Haaretz article)

There is an interesting dilemma going on at the ancient biblical site of Beth Shemesh. Located along the Sorek Valley (one of five primary “west to east” valleys in the Shephelah or Lowlands of Judah), Beth Shemesh is a site where some of the most recent and aggressive archaeological excavating is taking place in Israel. However, this struggle is all about whether the road that goes through the site should be widened or not. What makes this an interesting story is that Beth Shemesh was a Judean city in the days of the Bible. It was this city where the Ark of the Covenant was returned by the Philistines (1 Samuel 6) after they initially capture it a few chapters earlier.

A full article that appeared in Haaretz (December 19, 2018) has given detail about this dilemma. As one can see from these aerial photos, for decades the two lane road once only went by the edge of the excavated part of the site. Now as a result of what is called a “salvage excavation” five years ago (such an excavation is required by Israel law if ruins are inadvertently discovered during a public works project, e.g. road) and now with the uncovering of extensive ruins primarily on the north side of the road,  this is what has caused this dilemma. The result is a complex debate over whether the road should be expanded to a four lane road (like it has been expanded already around the modern city of Beth Shemesh). Of course the developers of the road feel it should be widened, while most in the archaeological field are of the opinion that the highway should be now diverted around the site. Little did archaeologists know how much more would be found on this side of the road!

“Beth Shemesh was a prominent Judean city that was located along the Sorek Valley. The Ark of the Covenant was returned here from Philistine territory (1 Samuel 6). This recent archaeological excavation taking place here has been quite impressive!”

According to Tel Aviv University archaeologists Ziv Lederman and Shlomo Bunimovitz, “Biblical Beit Shemesh (Beth-Shemesh) is nothing less than a time capsule of the First-Temple-era Kingdom of Judah. The discoveries sprawl out on both sides of the busy road. The town there was a bustling place, featuring dense building and planning, with the purpose of contributing to the wealth and power of the Kingdom of Judah.”

As reported in the Haaretz article, “The archaeologists found dense public construction, storage rooms and industrial quarters, and 14 olive pressed from the Hezekiah period. They also found 48 royal seal impressions identified with Hezekiah’s time. Based on the finds, Lederman believes that west of Beit Shemesh were a number of plantations that Hezekiah established, chiefly to produce olive oil.”

While the Transportation Ministry has allocated lots of shekels for the archaeological work to continue here at Beth Shemesh, it remains to be seen who will win this unique struggle… the road builders or the archaeologists. Stay tuned!!

P.S. As a side note and according to the insights of a few archaeologists I know, some of the ruins also appear to date to the end of the 7th century BC or to time of Josiah as well (not just to the early part of the 7th century BC). Nonetheless, it will be interesting to get a closer peak of the ruins. I saw them from a distance in November, but hopefully will get a closer look in January!