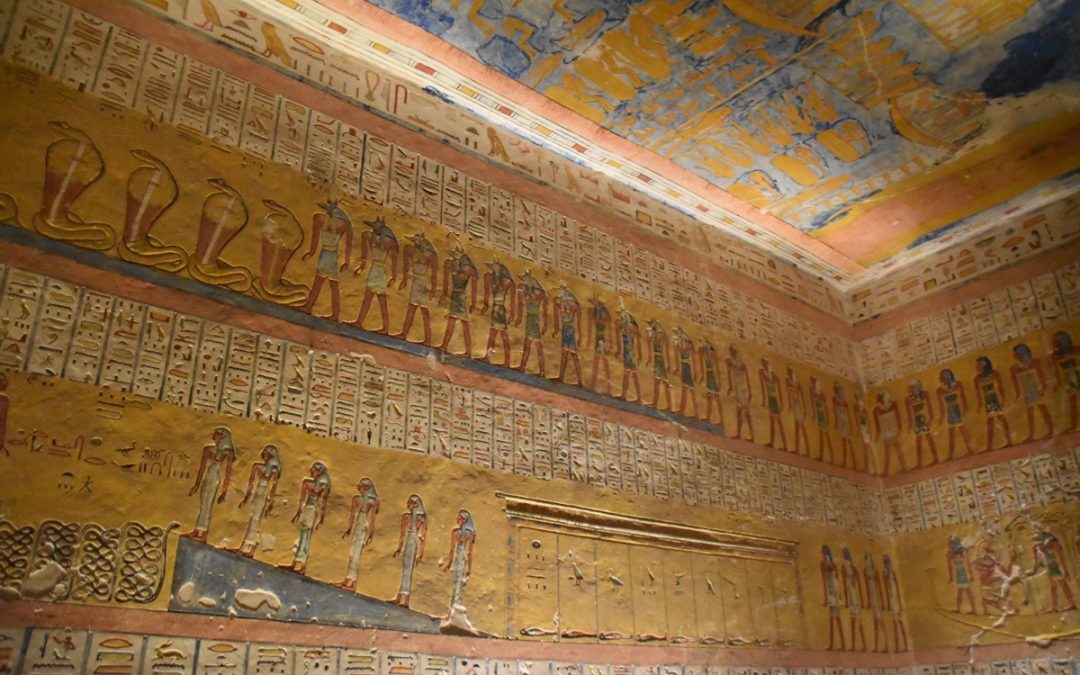 We spent the entire day here in Luxor, one of the highlight areas of ancient Egypt. The day was sunny and pleasant, with highs around 70. We saw a lot on both sides of the Nile River.

Valley of the Kings

After an early breakfast, we crossed to the western side of the Nile to the Valley of the Kings. Since this has been excavated, a little over 60 tombs of Pharaohs have been uncovered in the cliff area. When we arrived we took a small car-train to the entrance of the valley. We went inside three tombs (the royal tombs of Ramses III & IV, and Merneptah). The inside reliefs on the walls and ceilings of these ancient Egyptian symbols, hieroglyphs, gods, and scenes were incredible! The colors are so well preserved.

Near by is the Temple of Hatshepsut. Most likely according to biblical chronology, she was the Pharaoh’s daughter (Exodus 2) who cared for young Moses. This large Temple was carved from the cliff of the rock. The front of the temple was lined with her statue. Hatshepsut was buried in the Valley of the Kings. Her half-brother was Thutmose III. Here at the temple we saw lots of Egyptian school groups filled with kids eager to get their picture taken!

Next (and still on the west side of the bank of the Nile), we visited the Temple of Madinet Habu. This is another massive temple primarily made by Ramses III. He was the pharaoh who battled three people groups, one of which were the Sea Peoples (known in the Bible as the Philistines). The Philistines are depicted as having a raised helmet on their heads. This battle took place in the beginning of the 12th century BC.

“The enormous size of everything today is what most impressed me. From the huge Egyptian tombs in the Valley of the Kings to the temple of Karnak, the grand size of everything blew me away! Those ancient Egyptians sure knew how to build!”  -Tour Member- 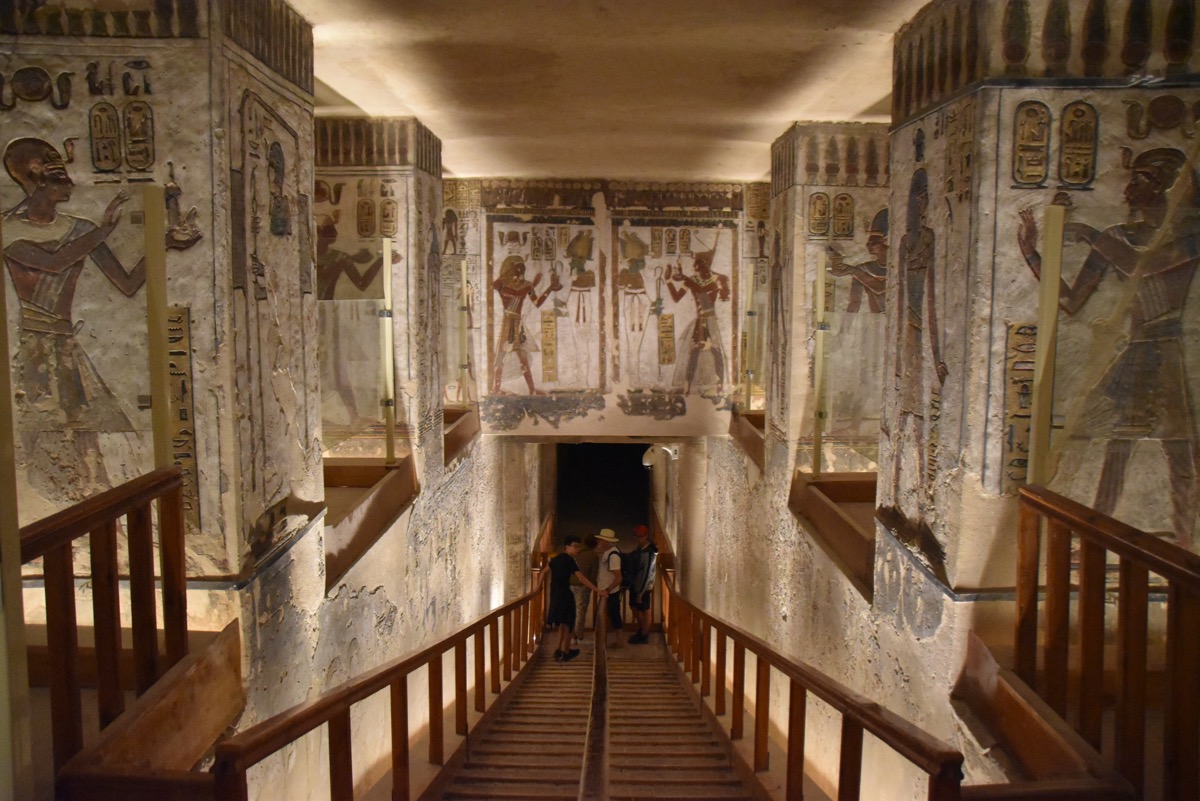 Before crossing the Nile, we made a brief stop at the Colossei of Memnon. These are two massive figures/statutes the are facing east. They date to the 14th century BC (Amenhotep III).

After crossing the Nile to the east side in a small motor boat, we enjoyed lunch back at the hotel. After checking out, we visited the Karnak Temple. This was the largest of all the temples in Egypt. Walking past the huge pylon, we entered into the hypostyle area of pillars. Between the pillars erected in this area by Seti I and Ramses II (his son), there are 134. They stand a good 60 feet high! We also saw obelisks dedicated to Hatshepsut, the email pharaoh.  The Sacred Lake is still with water. We also saw many mud-brick structures that were used to help build the temple. It made us recall the mud-bricks made by the Israelites.

After a brief stop to a papyrus store, we boarded our flight back to Cairo. We arrived in the early evening. Our bus and agents picked us up and took us to our hotel for a late dinner after battling the crazy Cairo traffic!

What an amazing day here in Luxor!

(pictures will be added later)