This morning began with many in the group enjoying floating on the Dead Sea at sunrise! What an amazing and unique experience!  During the course of the day, the sun was warm and bright, with highs around 80.

After a later check-out we drove north along the Dead Sea to Masada. On the way we read from Psalm 18:1-2 (“The Lord is my fortress…metzada…”). Upon arriving at this palace-fortress of King Herod built early during his reign, we took the cable car to the top. Our guides told the story of 967 Jews who found refuge up on top for about 3 years (70-73 AD). Among the ruins, we saw storehouses, bathhouse, palaces the casemate wall, and the synagogue. Following the tour on top, some took the cable car down while others hiked down the Snake Path.

“Today was a day spent in the Judean Desert. The three sites were amazing in their own way. The sheer size of Masada and the story connected to it was what was most impressive.”  -Tour Member- 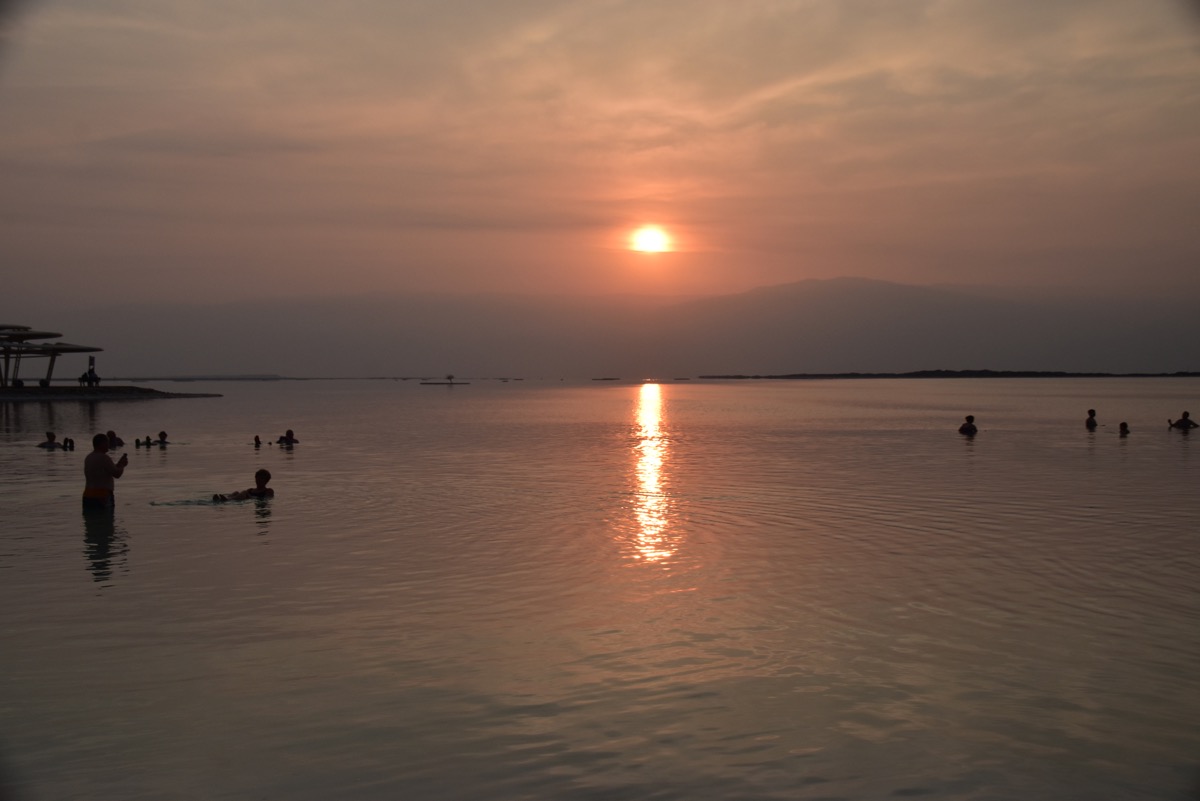 Continuing north on our way to Engedi, we considered Ezekiel 47. This prophet mentions this salty body of water becoming fresh when the river runs from Jerusalem one day (Zechariah mentions something similar, Zech 14). Upon arriving at Engedi, we walked up into the canyon. We read from Song of Songs 1, 2 Chronicles 20, and 1 Samuel 24. This last passage places David and Saul here. Before leaving, many hiked back further to see the water falls. This was certainly an oasis in biblical days! We also saw a few ibex (and their newborn “kids”) and coneys (Psalm 104).

Located at the northern end of the Dead Sea is Qumran. While it is not a large site, what was found here in 1947, namely the Dead Sea Scrolls, makes this site the most significant one in all of Israel. To date 12 caves with fragments of scrolls have been found to date. During the lunch hour, about 25 in the group hiked to Cave 1 where the first scrolls were found (which included the famous Isaiah Scroll among others). At the site itself, we saw many miqve (ritual baths), cisterns, the scriptorium, and more of the caves (#4). We read from “Psalm 151” (found in 1956 in Cave 11. It was written by David), and Psalm 19. We rejoiced in this remarkable preservation of God’s Word!

On our way to Jerusalem, we made a brief stop overlooking the Wadi Qelt. It is here in the heart of the Judean Desert that we heard “Isaiah the prophet” share from Isaiah 40. Here in this desert, John the Baptist would echo the very words of Isaiah in preparation for Jesus’ coming! Shlomo also sang “Psalm 23.” This desert serves as the context for these passages.

We arrived at our hotel in Jerusalem. After checking in and dinner, many in the group walked to the Western Wall. It was incredible to see this most-holy place for Jews at night! We are looking forward to spending time in Jerusalem the next few days!