Today was another beautiful day. As we drove northward throughout the day, the sun was bright, with high temps in the low 80s.

After loading the bus and eating breakfast, we checked out of our hotel and drove to a panoramic view of the Wadi Qelt. With an incredible view of this part of the Judean Desert, we listened to “Isaiah, the prophet” share with us words of encouragement and hope from chapter 40 of his book. The desert was the context for his proclamation, “A voice of one calling in the desert, prepare the way for the Lord…” Over 700 years later, John the Baptist would echo the same exact words (Mt. 3), preparing the way for Jesus and God’s redemptive plan! Shlomo also sang Psalm 23.

Driving north through another section of the Judean desert, the Desert of Parath. We read from Jeremiah 13. The prophet Jeremiah was instructed to hide a linen belt in the crevice of there rock somewhere within the desert. Here was also saw a few gazelles in the fields. We then past by Michmash (where Jonathan defeated the outpost of Philistines, 1 Samuel 13-14), Bethel (Gen. 12 & 26), and Ai (Joshua 7-8).

“The Bible continues to keep on coming alive on this trip. I feel so blessed by God to be on this specific tour with Dr. John. We are seeing and learning so much more than I ever expected.”  – Tour Member- 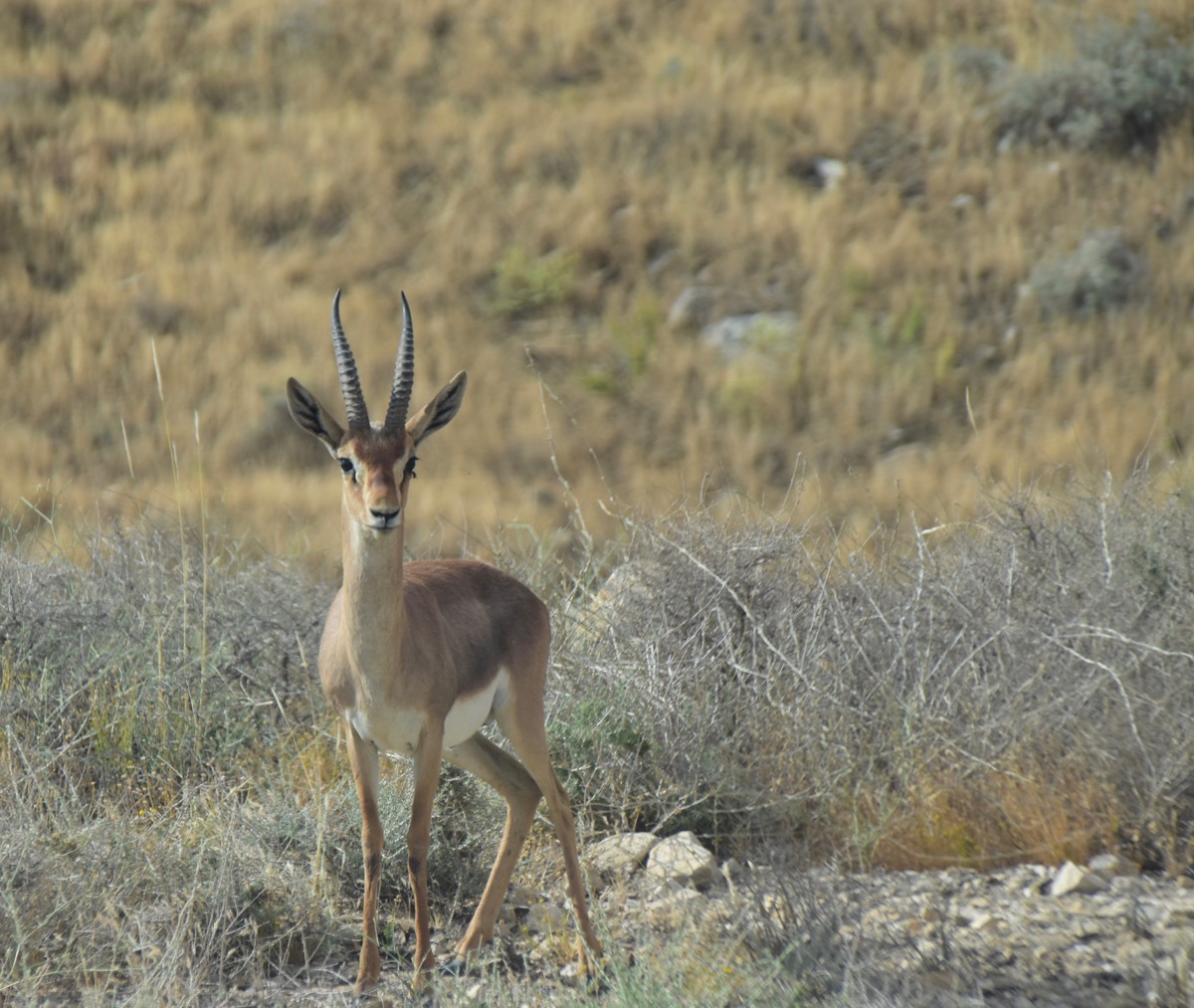 The ancient city of Shiloh was our next stop. This was first a Canaanite city. Following the days of Joshua, it became an Israelite city. The Tabernacle found a more permanent location here (for 305 years). In 1094 BC, the Philistines destroyed it (1 Samuel 4) Climbing the site, we read from 1 Samuel 3 about the call of Samuel. He was one who listened to the voice of God, in contrast to the Judeans later during the days of Jeremiah who didn’t (Jeremiah 7). At the site was saw both Canaanite and Israelite ruins as well as the probable location of the Tabernacle itself. We also watched a movie about these events.

It took about 1.5 hours to drive through the Samaritan Hill Country to Beth Shean. This region is still filled today with open landscape and shepherds, sheep, and goats. Located along the Jordan, Beth Shean was both an OT site and a massive Roman city (one of the Decapolis cities). We saw colonnaded streets, a Roman bathouse, the agora/forum, public latrenes, and the massive intact and quite impressive theater. Some in the group climbed to the top of the OT site where Saul and his three sons’ bodies were hung on the walls of the city (1 Samuel 31).

Arriving at the southern end of the Sea of Galilee, we enjoyed a brief stop at the Kinneret Cemetery. Here, Shlomo shared with us about kibbutz life in Israel. He also shared about the life of an Ukrainian Jewish lady named Rachel Bluwstein. She was an early pioneer here in Israel. She died in 1931. She is still known and celebrated today for her poems. Her picture appears on the new 20 shekel bill today!

We arrived at the Nof Ginnosar Kibbutz about 5:30. Located on the NW corner of the lake, this is our hotel for the next three nights. We enjoyed dinner together followed by a quiet gathering down by the lakefront.  We are looking forward to two full days here in the north!