Today was another warm day, with sunny skies and highs near 100. We enjoyed connections once again with both the Old and New Testaments.

After breakfast we loaded the bus and drove to the southern end of the Sea of Galilee. Here we made a brief stop at the Kinneret Cemetery. The is one of the oldest “modern” cemetery in Israel, with many early Jewish pioneers buried here from the early 19th 20th century. One of these pioneers is a Ukrainian Jew named Rachel. She died in 1931. Today, she is famous for her poems she wrote. Her picture appears on the new Israeli 20 shekel bill.

Driving south of the Sea of Galilee about 20 miles, we arrived at one of the largest archaeological parks called Beth Shean. In the Old Testament, this was a Canaanite and Israelite city. The bodies of Saul and his three sons were hung on the walls of this city after they died on Mt. Gilboa (1 Samuel 31).But most of the archaeology dates to the time of the Roman period. Beth Shean was one of the Decapolis cities. We saw a massive Roman bathhouse, colonnaded stone streets, the agora (forum), public latrines, and a large theater. Some in the group walked to the top of the OT tel for a spectacular view of the Roman city below.

Nearby is a natural swimming hole called Sachne. The water is fed by the Spring of Harod (Judges 6-7). Many of us had fun swimming here. It was a refreshing experience.

“It was another incredible day today. We traveled south all day. All our stops today added another layer of understanding the Bible. I especially enjoyed the stop at Jericho. Seeing the very walls Joshua saw was amazing!”  – Tour Member –

Following lunch back in Beth Shean, we drove south through the Jordan Valley to Jericho. Called Tel es-Sultan today, this was the first city conquered by Joshua around 1410 BC. Climbing the tel (ancient mound), we first looked east into Jordan. We could see Mt. Nebo (Dt. 34) and the area of the Jordan River (Jesus was baptized at Bethany Beyond the Jordan, John 1). Looking west towards the Judean Desert, we recalled Jesus’ temptation here (Mt. 4). Looking south we could see NT Jericho (where Zacheaus and Bartimeaus lived). On the southern end of the site we could see the stone retaining walls that date to the time of Joshua. On top of these stone walls was a mud brick wall. It is this wall that came “tumblin’ down” (Joshua 6). We rejoice in the historicity of God’s Word!

Our last stop of the day was to an amazing overlook of the Judean Desert. Specifically called the Wadi Qelt here, we heard the words of Isaiah 40 echo through the desert. Shlomo also sang Psalm 23 for us. This Judean Desert served as the context of many other OT texts (e.g. Jeremiah 13 – Desert of Parath; Psalm 63).

Driving south along the Dead Sea we arrived at the Masada Guest House. We checked in for the evening and enjoyed dinner together. Some of us are getting up early tomorrow morning for a pre-dawn hike to the top of this palace-fortress of Herod the Great. 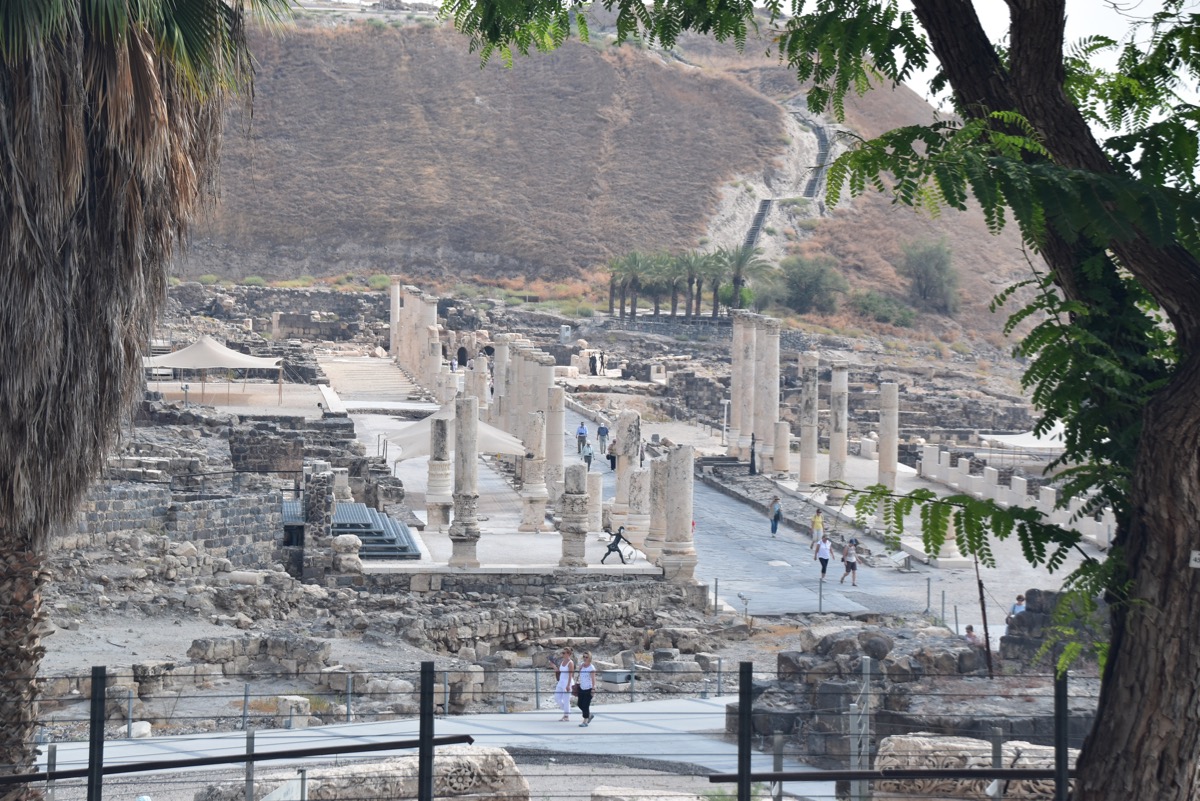