It is alway thrilling to hear about new archaeological discoveries, especially in Jerusalem!  While the news about the opening of the “Pilgrimage Road” in Jerusalem took place a few weeks ago, it’s still exciting nonetheless. In fact, the opening of this Herodian street within the City of David excavations took place just a few days after our June tour group was there. However, I look forward to seeing it in September when I lead another trip to Israel.

What is the “Pilgrimage Road?”

The centerpiece of ancient Jerusalem 3,000 years ago was the Temple Mount. It was King Solomon (in 967 BC) who built the First Temple. Following its destruction in 586 BC, the foundation for the Second Temple was built by Zerubbabel (520 BC), later with Ezra and Nehemiah (445 BC) completing the Temple. About 425 years later (in 20 BC), King Herod would expand the Temple and its platform by building massive retaining walls. Local stone streets or pavements were also built, some leading to the Temple. One of these streets connected the Siloam Pool to the south with the Temple itself. It is 350 meters of this stone pavement that has now been discovered and made public!

It is being called the Pilgrimage Road because of the millions of people who would have used this pavement. With the Siloam Pool being one of the places of purification for mass numbers of Jews coming to Jerusalem for one of the three major high holidays, and the Temple itself being a place of sacrifice and worship, this street provided access between these important public areas. The street was wide to accommodate tens of thousands of pilgrims who came to Jerusalem each year.

According to the Jerusalem Center for Public Affairs, “This is one of the most sensational archaeological discoveries to be made in Jerusalem since Israel’s establishment. On this road, which was remarkably preserved under the ashes of the Roman destruction, many thousands of Jews – according to the historical descriptions – walked in Second Temple times after a ritual bath in the Shiloah Pool about 700 meters from the Temple Mount.”

“The ancient Pilgrimage Road in the City of David is one of the most sensational archaeological discoveries to be made in Jerusalem since Israel’s establishment.” – (Nadav Shragai; Photo credit: Kobi Herati, City of David)

Did Jesus Walk on this Street?

Among the many Jewish pilgrims who came to Jerusalem for either Passover, Pentecost, or Succoth, there is no doubt that Jesus Himself would have used this stone pavement. To be more specific, John 7 records that the Festival of Succoth (or Tabernacles) was taking place in Jerusalem. During what was called the Water Libation Festival, on each of the days of Succoth the high priest, accompanied by the crowds, would bring an empty golden pitcher to the Pool of Siloam. He would scoop up water in the pitcher and take it to the Temple Mount. Here we would pour it out on the altar. It’s not hard to imagine Jesus being part of this ritual by virtue of what He said on the last day of the festival, “If anyone is thirsty, let him come to me and drink…”  At the very least, Jesus was familiar with this street, used by those during Succoth.

John 9 offers us another story. This time it is about a man born blind. Now while we don’t know what part of Jerusalem he was from, we can with pretty good certainty picture the blind man using this same street in order to walk to the southern end of the city where the Pool of Siloam was located. The blind man would have been led down to the pool by using this street! As the text doesn’t give us the details, there is also a good chance that Jesus befriended the blind man somewhere on or at least near this stone pavement.

Now up to a few weeks ago, we’ve only been able to walk on the very southern end of this stone street where it has been exposed to the public. But it is in the drainage channel built below this street that we walk through in order to get to the SW corner of the Temple. For a few years now, we literally walk under this Pilgrimage Road in a channel that was used to divert rain water down into the Pool of Siloam. Incidentally, this drainage channel was used by Jews as both a place of refuge but also as an escape route from the city in 70 AD when the Romans destroyed the city of Jerusalem.

A Long History of Digging

The area where this stone street was discovered has been explored actually for over 100 years now. From the mid 1800’s and onward, the likes of Warren, Wilson, Bliss, Dickie, Schick, Macalister, Vincent, Kenyon, Shiloh, Mazar, Shukron, Reich and many others all have explored and excavated here. With careful and diligent archaeological work, this street is now open for today’s visitors to the City of David.

The uncovering of this Pilgrimage Road has not come without challenge. Since the excavation of the street has taken place underneath modern houses, the challenge has been to precent any collapse of the house structures above. IAA Excavation Manager Ari Levy said, “Now, one of the major issues of Jerusalem is that it’s a living city. All the archaeological layers are built on top of one another and the modern quarters and everything (is) built on top of the archaeological layers.” He added, “We have a modern neighborhood just above our heads and we don’t want it to collapse. After each meter that we take out, each meter of soil, we (put in) an arch-like construction. This supports the entire weight of what we have above us.”

The entire length of this street is about 750 meters.

So I can’t wait to see this section of the Pilgrimage Road now made public! I hope to see it during the September trip!  Stay tuned!

For a Christian Broadcast Network (CBN) article on this project, go HERE. 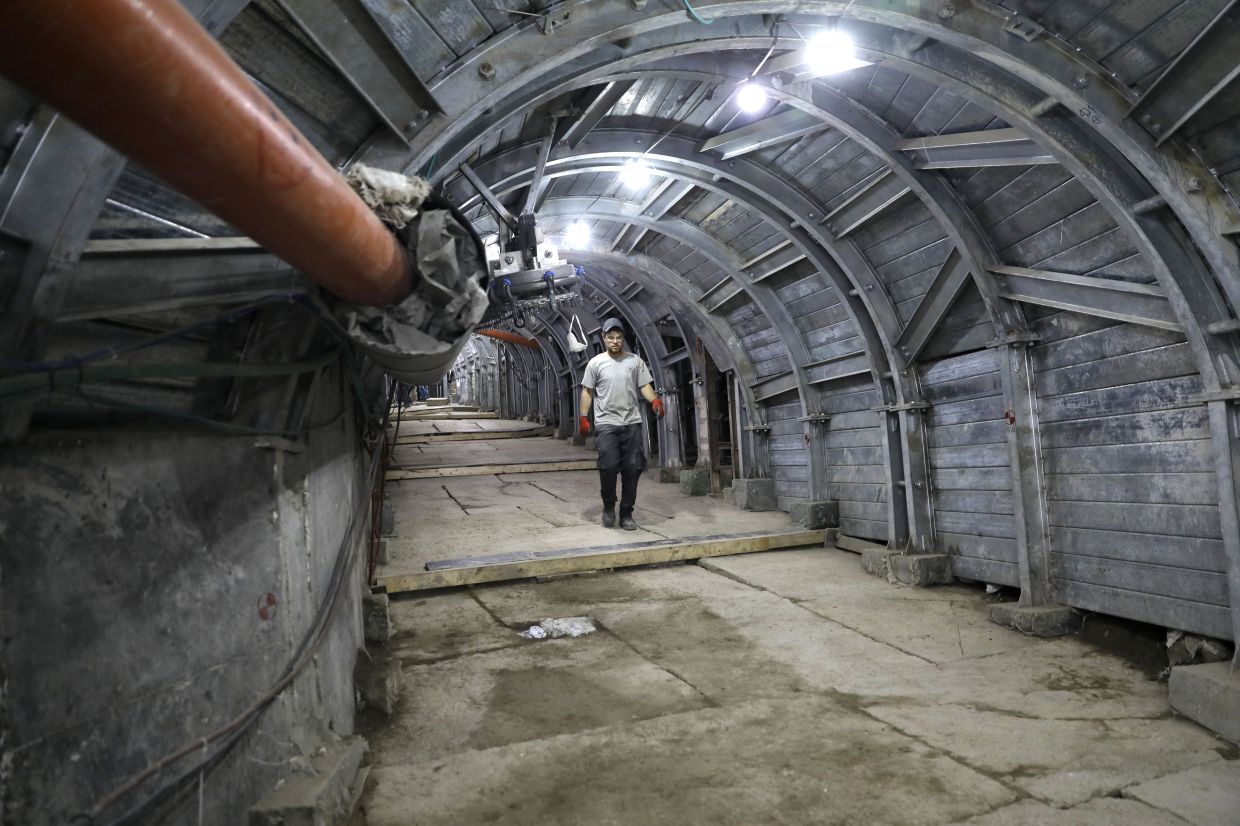 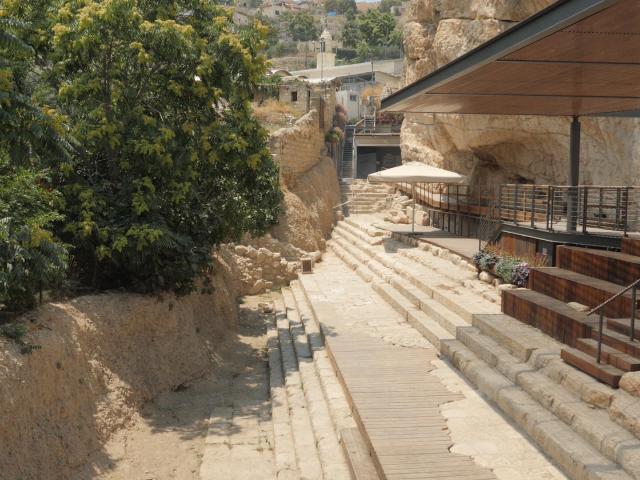 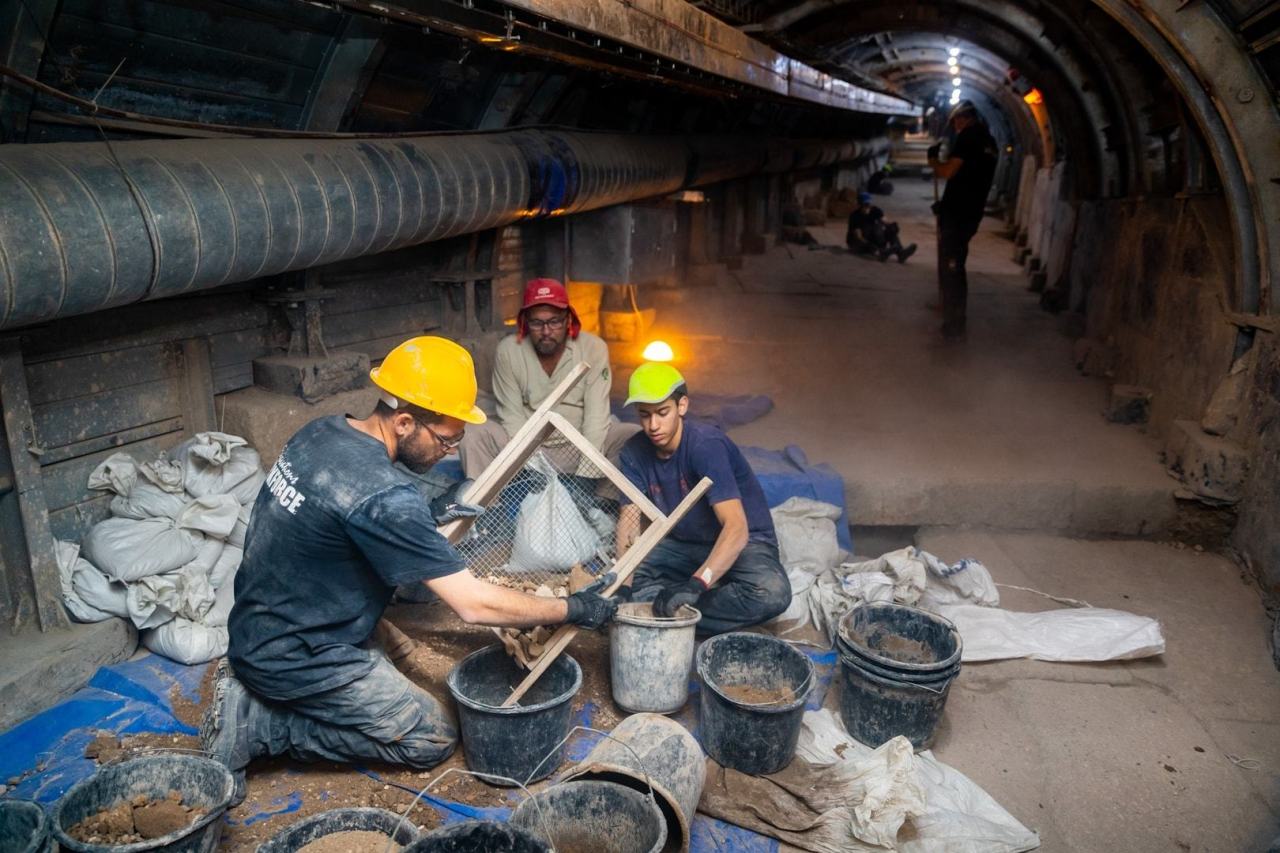 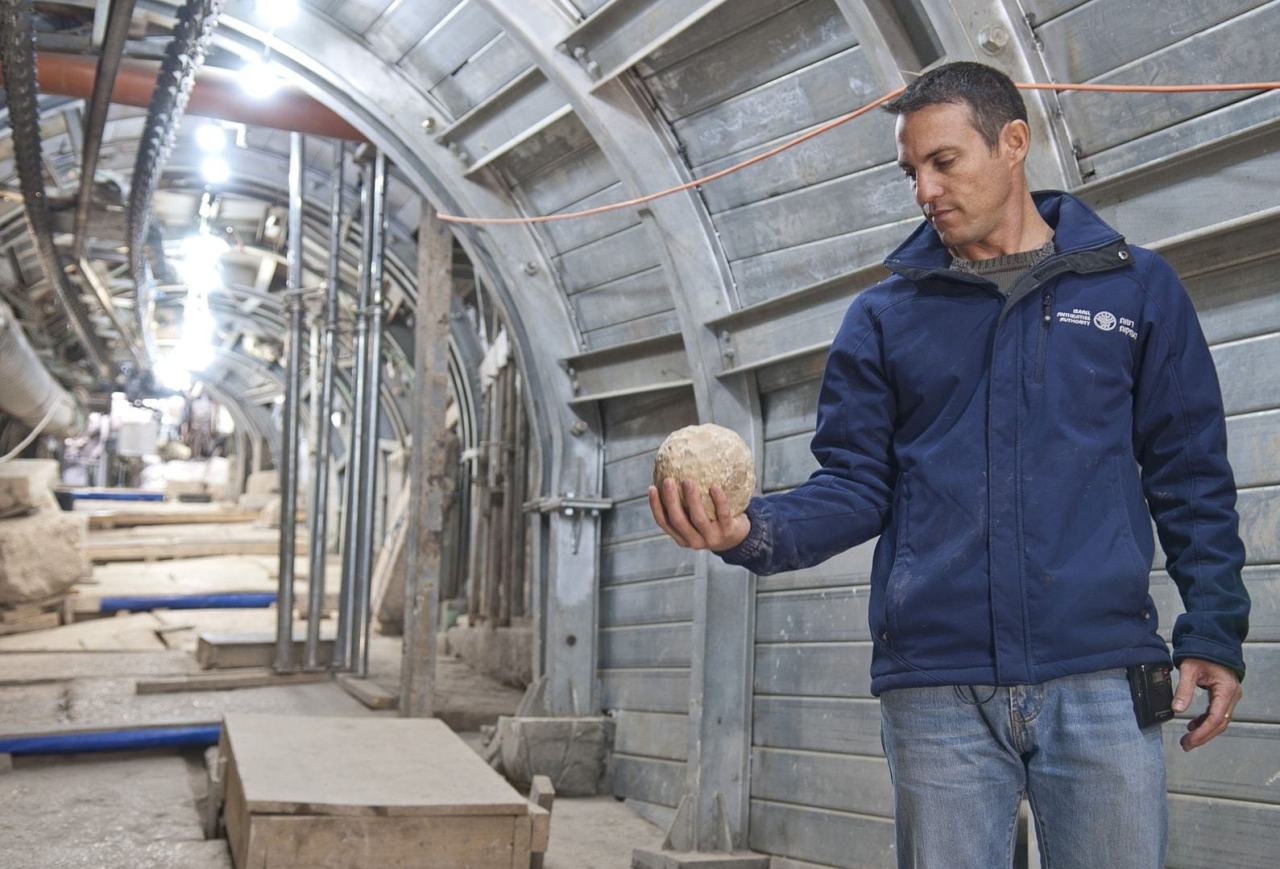