Today was our second full day of the trip. It would be another sunny day, with highs in the 90s. With the breeze and low humidity, it was pleasant. We covered a lot of territory as we drove from the southern end of the Dead Sea in the morning to the Sea of Galilee at the end of the day.

We left our hotel shortly after 7:30. Following Rt. 90 we drove to the Jericho area before ascending about half way to Jerusalem. While seeing the Mt. of Olives in the distance, we turned north and drove on a unique road through part of the Judean Desert. We read from Jeremiah 13 as we descended down to the Desert of Parath. We then past by Michmash (1 Samuel 13-14) and Bethel (Genesis 12 & 28) before arriving at Shiloh.

Located in the Samaritan Hill Country, Shiloh is where the Tabernacle was for 305 years. Here we climbed the tel (ancient mound) to see the excavations. We read about Samuel’s calling from God (from 1 Samuel 3) and considered the challenging words of Jeremiah (Jer. 7). Standing in the area of where the Tabernacle was located and where Samuel heard the voice of God was special!

“I thought the first day was a great start to this trip. Now the second day was equally fabulous! We stopped at only three sites, but they are were amazing. So glad we were able to add Hippos at the end of the day too!” -Tour Member- 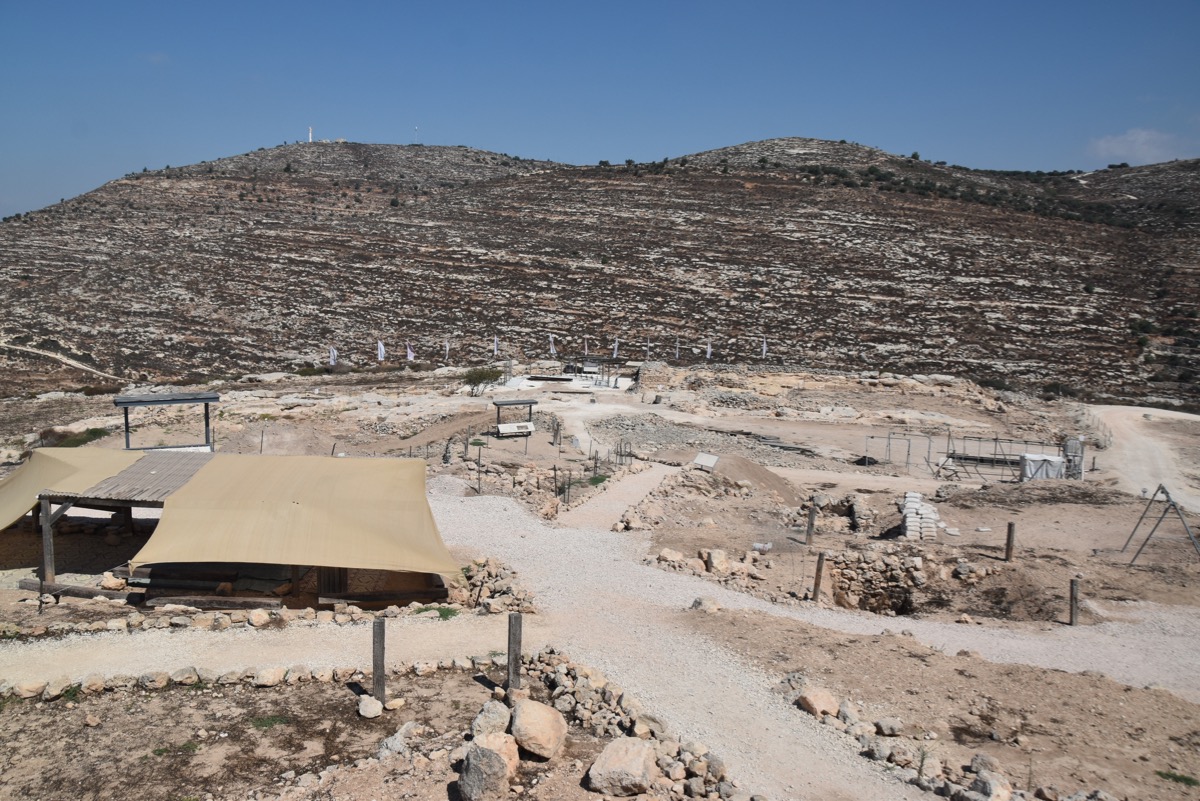 Continuing our unique drive through the hills and valleys of this region, we arrived at Beth Shean. Located along the Jordan Valley, this Canaanite, Israelite, and later Roman city played a strategic role in guarding the natural route into the Jezreel Valley to the west. First, we saw parts fo the Roman city, including the bathhouses, the agora (market place), the colonnaded street, many mosaics, and huge pillars (in 749 AD earthquake brought all these structures down). This Roman city reminded us of the parable of the Prodigal Son (perhaps it was a city like this to where the one son went after rebelling against his father?). Some then climbed to the top of the OT site where the bodies of Saul and his three sons were hung after their death (1 Samuel 31). Before leaving, we sat in the public latrine and walked through the massive Roman theater.

Driving north to the southern end of the Sea of Galilee, we included an extra site not in our program. Hippos (or also called Sussita) was where we went. We climbed most of the site in the bus, but we still had to walk to the top of the site by foot. The Roman ruins here go back to the 2nd century BC. Later in the Late Roman/Byzantine Period, seven churches were built on top. From the odeon (small theater), our first panoramic view of the Sea of Galilee was incredible! We could see the entire length of the lake (13 miles long). We read from Mark 5 as the life and ministry of Jesus was introduced for us.

Driving around the northern end of the lake and then on to the western side, we checked into our hotel (Nof Ginnosar). Dinner was excellent. We even celebrated with Les and Barbara their 50th anniversary today! We look forward to an entire day of focusing on Jesus tomorrow in this Sea of Galilee area! 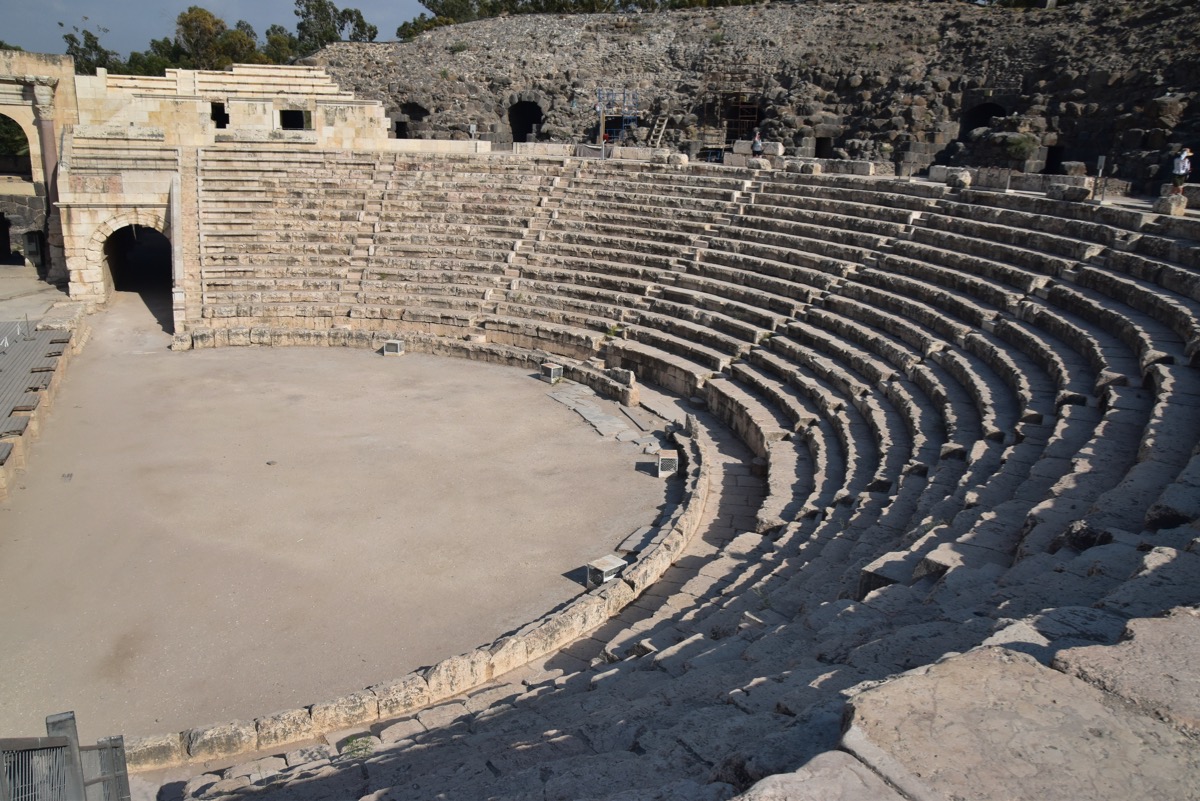 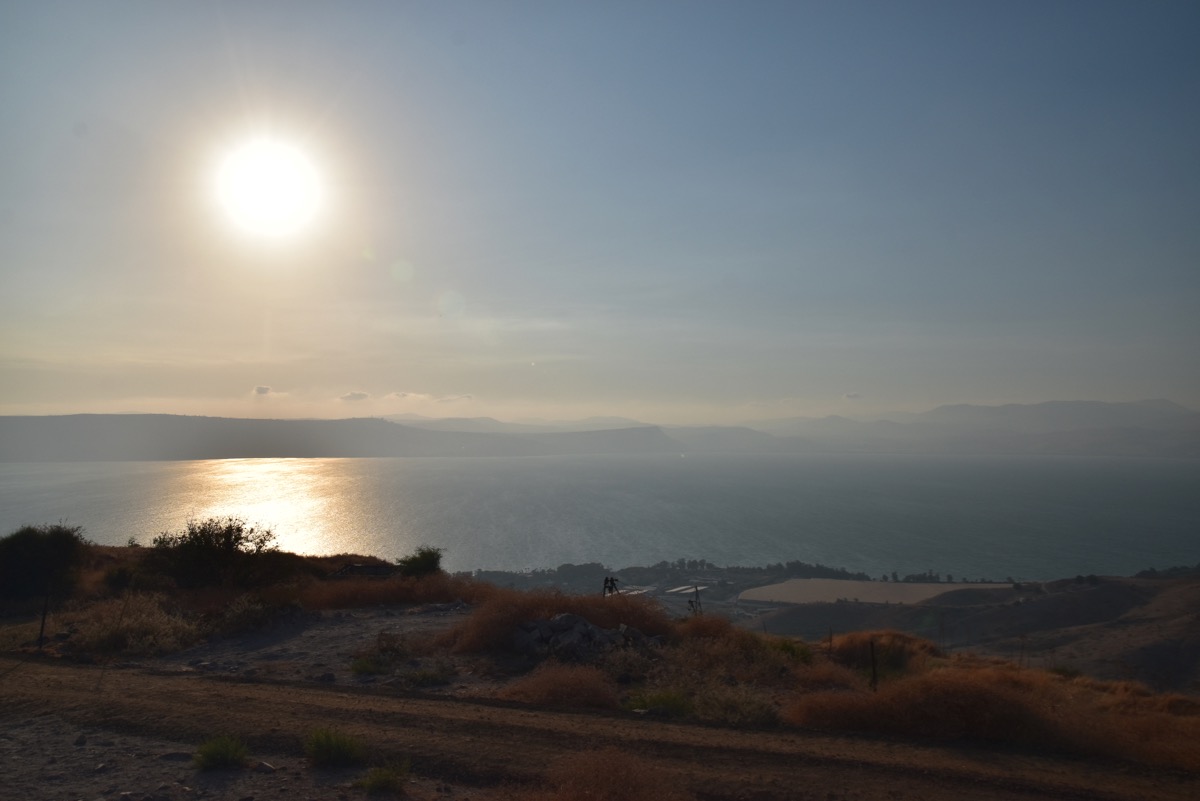