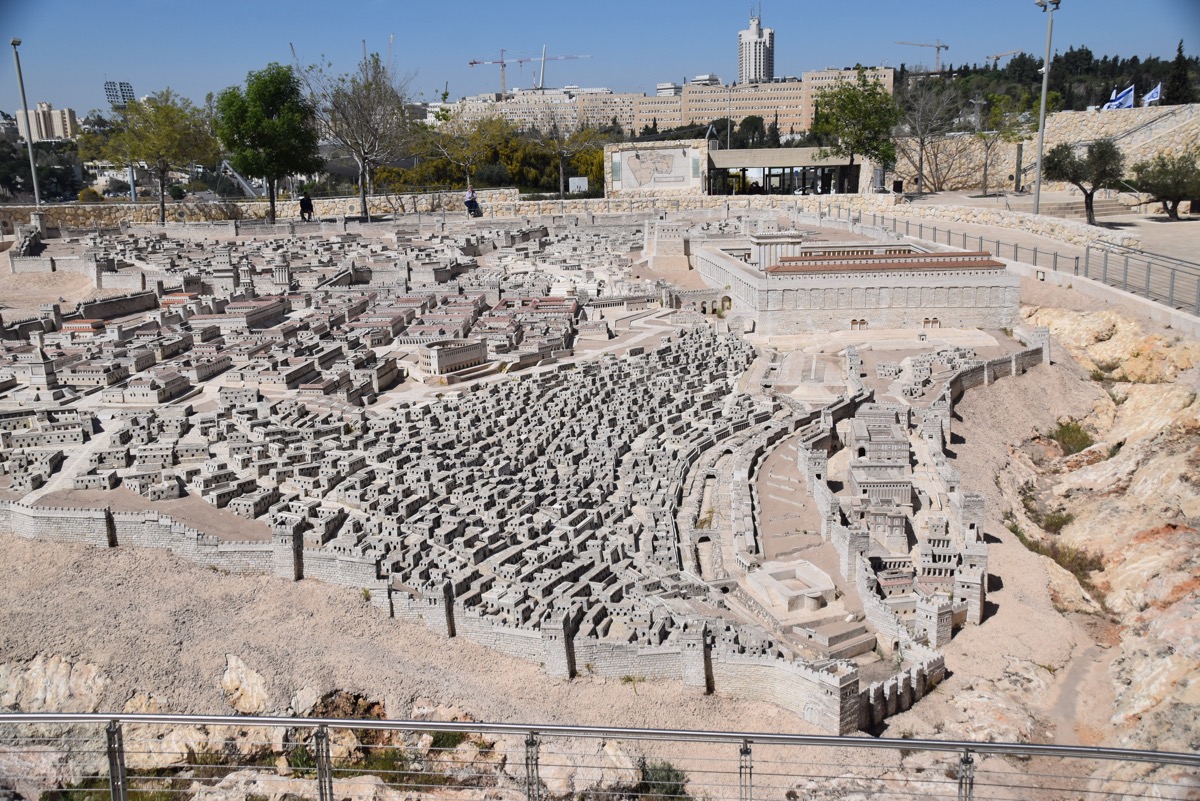 Biblical Israel Ministries & Tours (BIMT) is all about teaching the Bible in the context of the land of Israel and other biblical countries (Jordan, Egypt, Turkey, Greece, and Italy). There are over 100 biblical sites in Israel alone that have been excavated. Today we visit not an archaeological site but a 1:50-scale model of Jerusalem as displayed at the Israel Museum today!.

The model was built originally at the Holyland Hotel in western Jerusalem in 1966. It was carefully moved piece by piece in 2006 to the Israel Museum. The late professor Michael Avi-Yonah used archaeology and historical records (e.g. Mishnah, Talmud, Josephus) to erect it as accurately as possible.

We can learn a lot about the life and ministry of Jesus by walking around this model. Jesus was here in Jerusalem many times. In fact, most of the Book of John preserves Jesus’ ministry here in the ancient capital of Israel. He visited the Temple Mount many times, using these visits as opportunities to teach about the kingdom of God. Jesus spent time in the Royal Stoa, Solomon’s Porch (John 10) and in the Court of the Israelite & Women. Of course Jesus was in and out of the Temple during His last week.

Displayed on the south end of the model is the Pool of Siloam. Displayed on the west side is Herod’s Palace. This was where Jesus was condemned to death by Piliate. Also preserved on the west side (yet outside the Second Wall as described by Josephus) is a quart. This is suggested to be the place of crucifixion and burial of Jesus. Today, the Holy Sepulcher Church stands here. The newer suggested place of Christ’s burial can be seen on the north side of the model. Today this location is called the Garden Tomb.

“This 1:50-scale model provides a great opportunity to retrace the footsteps of Jesus in and around Jerusalem as He knew it! From the Temple Mount to the Pools of Siloam and Bethesda, we connect with the ministry of Jesus.” 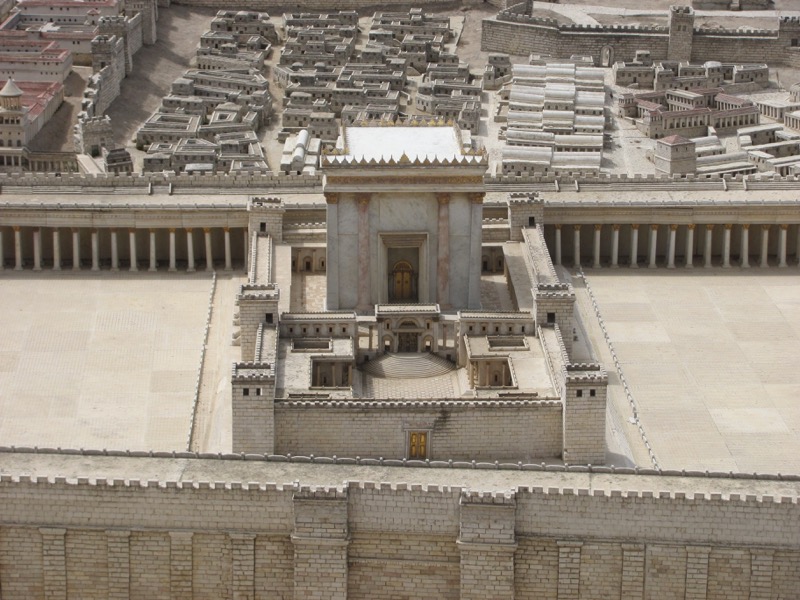 We have many other  video teachings like this that take you to actual biblical sites.  I hope that this specific teaching on the Jerusalem Model will help you learn about the Bible in the context of the land of Israel. Go HERE to see all our YouTube teachings and videos.
By the way, while this teaching video below does not include any drone footage of this site, we have produce a resource that does. It is called Biblical Israel By Air. It is now available to purchase from our web site: www.biblicalisraeltours.com. This drone video is 1 hour 6 minute in length. It features 55 biblical sites from Israel and other sites of interest. It even includes four sites in Jordan! This unique one-of-a-kind resource connects you to actual biblical sites where stories of the Bible took place!
It is available in a DVD format (720 resolution), Thumb Drive (1920 x 1080 resolution), and by digital download. Also available for download is drone video of the individual sites covered in Biblical Israel By Air video. You can purchase all of these products HERE.
We also invite you to join one of our upcoming trips as well! Stay tuned for updates too!
In the meantime, enjoy this teaching video.
Shares