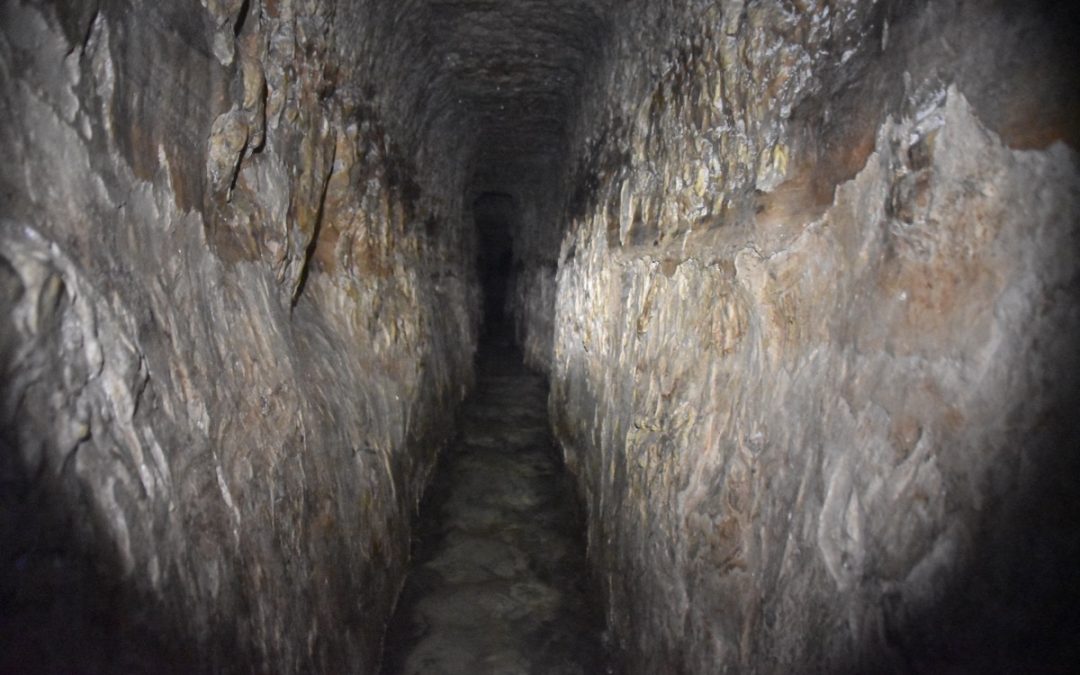 Today was our last day in Jerusalem. We enjoyed a full day of both Old and New Testament connections, with some free time this afternoon. The weather was sun and clouds, with highs in the mid 50s.

Following breakfast, we drove a short distance to the City of David. We first saw the area from a observation deck and then saw a 3D movie about the history of OT Jerusalem. Descending down to the Area G excavations where Dr. John dug in 1982, we recalled the stories of David capturing the city from the Jebusites (2 Sam. 5), and Hezekiah (2 Kings 20, 2 Chr. 32). We then continued through Warren’s Shaft. The “old theory” was that this was the shaft that was used by David’s men to infiltrate the city of David. The theory now has changed based on new discoveries at the Gihon Spring.

The Gihon Spring was the ancient city’s water source since the days of Abraham when it was called Salem (Gen. 14). Today, the spring still flows with water through a tunnel chiseled out by King Hezekiah. It probably took him several  years to carve. It was completed in 701 BC as Sennacherib and the Assyrians surrounded the city. Many in the group walked through this tunnel, while others took the dry Canaanite tunnel.

“It was a bitter-sweet day today. It was the last day of the Israel trip and the last day in Jerusalem. To walk through Hezekiah’s Tunnel this morning, and then to worship at the Garden Tomb this afternoon was incredible!”  -Tour Member-

Both groups converged at the Pool of Siloam. It was a large pool located at the southern end of the city. It was discovered about 10 years ago. We read John 9 in dramatic fashion. The man born blind was healed by Jesus here! He also believed in Him!

Our last archaeological area to visit was the Southern Wall excavations.  On the way here, some in the group saw the drainage channel that ran underneath the Herodian street. We also saw the impressive excavations at what used to be the Givati parking lot. At the SW corner of Herod’s Temple, we recalled Jesus being tempted here (Mt. 4:5). We saw massive stones that were toppled by the Romans. We also walked on the very Herodian pavement used by Jesus! At the southern steps of the Temple, we recalled many of the people who used these steps to enter the Temple. The disciples were impressed by the massive stones (Mk. 13:1-2). Peter most likely preached on the Day of Pentecost here too (Acts 2), with 3,000 receiving life in Christ.

The afternoon was on our own. While Shlomo took some to the Western Wall, we all enjoyed some free time on our own. We we ate, shopped, and explored, taking in the Old City!

We ended our day by walking through the Old City and through Damascus Gate. Our destination was the Garden Tomb. Here we visited the site, suggested to be the place of the crucifixion and burial of Jesus. We also enjoyed a brief time of worship and Communion! It was special!

We returned to the hotel for our Farewell Dinner. It was a nice time of reflecting and sharing. Following dinner, 18 were bussed to the airport for their night flight home. Others fly home tomorrow morning, while 16 in the group fly to Cairo and Luxor, Egypt tomorrow for the optional extension.