by Dr. John DeLancey | May 25, 2021 | Context and Culture of the Bible, Devotionals from Israel, Historical Geography, Israel Tour | 0 comments

An encouraging word from 2 Chronicles 32

Biblical Israel Ministries & Tours (BIMT) is all about teaching the Bible in the context of the land of Israel and other biblical countries (Jordan, Egypt, Turkey, Greece, and Italy). We teach the historical geography of the Bible as well as archaeology, customs and culture of the land. We aim to make connections between  the Bible and the land in all that we do.

In this post, we share a shorter five-minute devotional word from Israel, specifically from Jerusalem. Devotions from Israel is our latest series of teachings that we are happy to share with you today!

At the end of the Eighth Century BC, the Assyrians from the north had invaded Judah. Already in 722, the Assyrians under Sargon II’s campaign had taken the northern kingdom of Israel. Now under King Sennacherib, Judean cities were being attacked. This included Jerusalem where King Hezekiah reigned. The year was 701 BC.
In advance of the Assyrian invasion of the land, Hezekiah refortified Jerusalem. He heightened the walls and towers of the city. In fact in a few places in Jerusalem, these walls can still be seen today. Hezekiah even engineered an amazing 1,720 foot tunnel in order to allow water to flow safely from the Gihon Spring to within the southern end of the city. This preparation came right in time, for in the words of Sennacherib himself, “I surrounded Hezekiah like a bird in a cage.” (as read from the inscription on the Taylor Prism).

“God is bigger and stronger than anything we can face in this world. In a battle between gods, the God of Abraham, Isaac, and Jacob was more powerful than Ashur, the god of the Assyrians.” 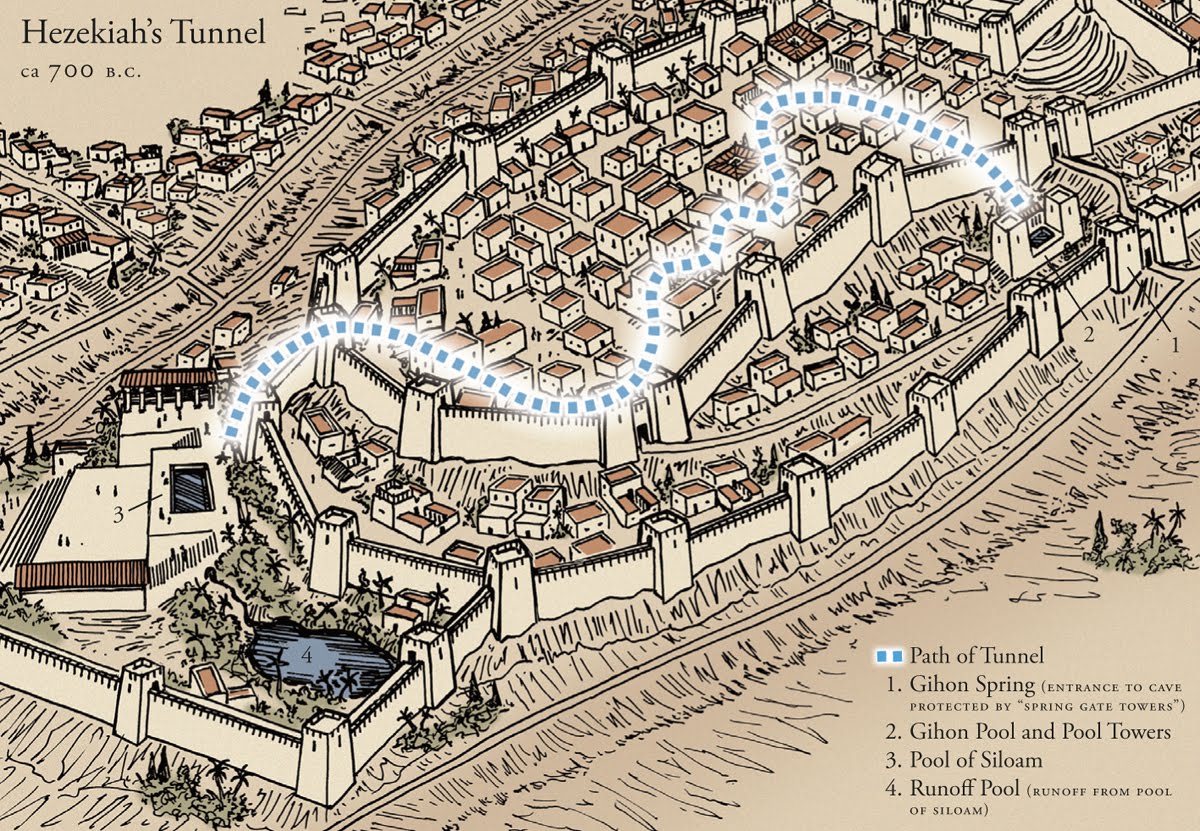 Yet despite these challenges, Hezekiah maintained his faith and trust in God. He said to his people, “Be strong and courageous! Don’t be afraid or discouraged because of the king of Assyria or his mighty army, for there is a power far greater on our side (2 Chr. 32:7).” Hezekiah relied on a God who was much bigger than the Assyrian army and their gods. In the end, God intervened in an incredible way. We trust in the same God!
I hope you enjoy this video below. These five minute devotionals will be produced on a regular basis. We will try to share two devotionals per week at the start. As you are encouraged by the video, please consider sharing this post with others for their encouragement as well.
Shares