Today was an incredible day, with two spectacular sites highlighting the beauty of God’s creation. Petra and Wadi Rum are two of the highlights within Jordan. The weather was perfect too, with clear sunny skies, and highs around 70.

We left the hotel at 6:50, following an early breakfast. We prayed and sang our song (“Oh, the Sun’s Coming Up”) as we walked to the entrance of Petra. This ancient Nabatean city was built within the Seir Mountains, the land of the Edomites (Deuteronomy 2, 33; Ezekiel 35). We all thoroughly enjoyed the spectacular scenery and tombs/ruins of this red-rose ancient city that is one of the 7 Wonders of the World. Once we entered the site, we all walked through the Siq (canyon) which brought us to the first monument, “The Treasury” (“Al-Khazneh”). This well-preserved monumental tomb appeared in the movie “Indiana Jones and the Last Crusade.” It was the tomb of the Nabatean King named Aretas III (Paul mentions his son, Aretas IV in 2 Cor. 11:32). His daughter (or granddaughter – depending on dating) was the former wife of Herod Antipas, see Matthew 14).

From the Treasury we now began our walk into the city. Besides passing by many of the Nabatean tombs, we walked by a 3,000-seat theater carved into the sandstone, one of the largest theaters in Jordan. From here, some in the group walked to the Monastery Tomb at the far west side of Petra, while others explored on their own (e.g. the Royal Tombs). The Aravah and Negev of Israel could be seen in the haze to the west from the area of the Monastery. Four in the group also hiked to the High Place far above the site. We all made it back by 1:35 to the hotel where we loaded the bus to begin our drive to Wadi Rum.

“The beauty of both the red-rose sandstone Nabatean site of Petra and the vast desert of Wadi Rum were stunning today. It was a day of soaking in the incredible creation of God. The day was a lot of fun too, with hiking at Petra and jeep rides at Wadi Rum.”

Driving on portions of the King’s Highway and then again accessing the Desert Highway lead us down to Wadi Rum in southern Jordan. Upon arriving in this area made famous by Sir Lawrence of Arabia during WWI (this British officer helped the Bedouin fight against the Turks), four jeeps (pickup trucks) were awaiting us to take us through the desert. It was a lot of fun driving through the sand. The views were amazing as well. We stopped by a Bedouin tent for tea and coffee. We made it to a rocky hill where we enjoyed a wonderful sunset. The jeeps then took us to Captain’s, our “Bedouin-style camp” for the night. Following a unique dinner (prepared underground), we enjoyed a bonfire before retiring for the evening. 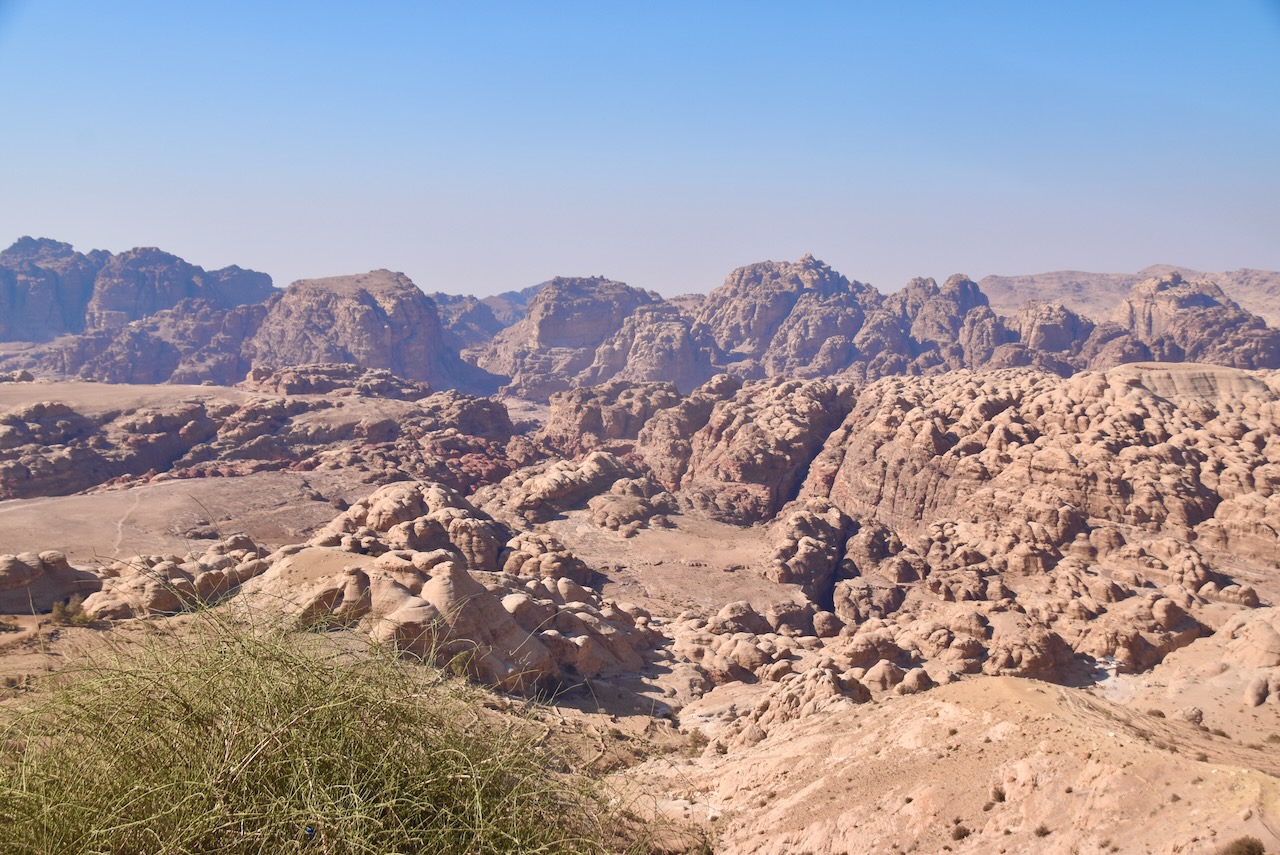